When I was but a wee child in middle school I thought no one would ever have sex with me. Armed with a haircut that looked like it was styled by Stevie Wonder riding a bucking bronco and clothes that were at least half a size too tight, I thought I would eventually die alone without a penny to my name and zero dicks having ever entered my vagina.

Well JOKE’S ON ME, because even though my clothes now fit properly and my hair doesn’t stick out in random directions at all times of the day, I am still poor. Boo-hoo.

Zero. I have zero pounds of money.

I am not, however, a virgin. To any young people who may be reading this: you’ll eventually find out that sex isn’t hard to get. In fact if you’re a girl, it should be relatively easy to get as long as your BMI is anywhere between 18 and 24. You can have the face of Nigel Thornberry and a body like Mama June and still get laid. Granted, he might be black-out drunk and blind, but it still counts.

If your dick didn’t shrivel up at the sight of this gif you may need to see a doctor.

In fact, sex is so easy to attain that the following five women were all willing to give it up in exchange for ever-increasingly stupid things. Most of it is food. If they were tryna make fuck for some filet mignon or a nice porter house I’d understand, yet instead we have…

5. Two Tacos For Your Taco

Buffy Suzanne (yes, that is her real name) was arrested Thursday in Jacksonville, Florida on prostitution charges after informing an undercover detective that she would have oral sex with him in exchange for two soft shell tacos from Taco Bell. I’m all for exchanging sex for tacos, but they have to be GOOD tacos — like, they’ve gotta be filled with carne asada and crafted by an actual chef rather than filled with last week’s mystery meat and topped with dandruff from the high school sophomore tasked with making them. And in case you were wondering what the monetary value of two Taco Bell soft tacos are, it’s $2.14. Great price for a blowjob, great price for tacos, but when you take into account that this is the woman offering the trade… 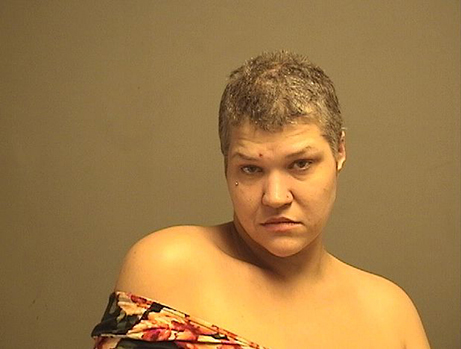 3. She’s Just Trying To Get Frito-Laid

Some potato chips are better than others. Jalapeno kettle chips are #1 and if you disagree with me you are fucking wrong (I’m not even going to explain why, you just are), plain and barbecue Utz come second and everything else is just garbage.

Speaking of degrading yourself for food (which turns out to be a LOT more common than I expected), if you’re going to barter sex for McDonald’s at least have the self respect to dream big. Order something “expensive” like a double quarter pounder  — don’t order off the dollar menu. You’re better than that, I’m better than that, and I like to pretend we live in a world where people don’t sell themselves for .99 cent squishy meat.

Key word there being “pretend.”

According to The Smoking Gun, a Florida officer pulled up to 47-year-old suspected hooker Christine Baker and “asked if she wanted a ride.” Because this wouldn’t be included on our list if she wasn’t a hooker, the officer stated that our classy lady of the night told him that they “could go have sexual intercourse if I bought her two double cheeseburgers off the dollar menu at McDonald’s. I agreed to the deal and purchased two hamburgers for $2.75.”

Christine, I want you to know that you’re worth more than $2.75. In fact there’s no reason to sell yourself so short that you’re willing to swap fast food for —

This chick may not have been arrested for her debauchery, but that doesn’t mean her Craigslist posting advertising handjobs for tickets to see a giant panda at the D.C. Zoo hasn’t been screenshotted and saved for the entire world to admire after the fact:

“I am almost in tears at not being able to see this panda! I am a totally normal, 5’4″ blonde woman (with hints of red!) with a great body (so I’ve been told!), and I am not a ‘psycho.’ I just love panda! I really, really want to see Tai Shan. If you can get me a ticket to see Tai Shan between now and December 30, I will (I can’t believe I am saying this) give you a handjob, with my hands. Maybe, if you are cute, a BJ. I am serious about this. I really want to see this panda.”