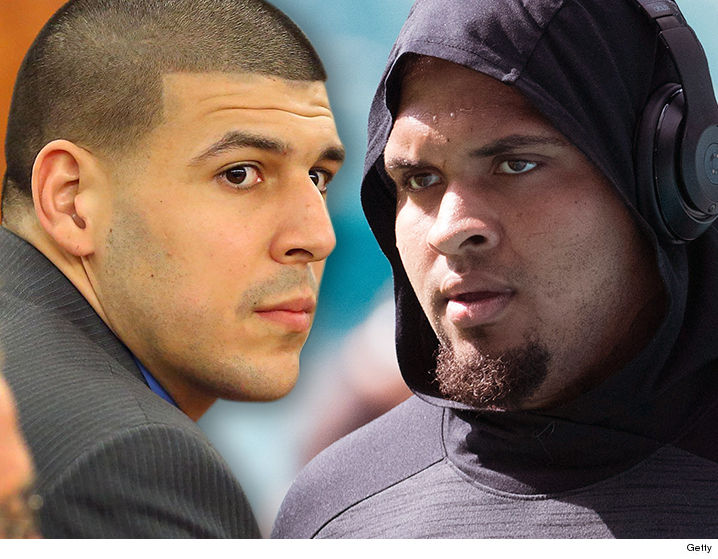 TMZ Sports has obtained court docs in which prosecutors are asking the judge in the case to admit transcripts of the phone calls as evidence in Aaron’s double murder trial.

Essentially, prosecutors believe the calls show Hernandez uses the word “try” as a way to describe being disrespected … and talks to Pouncey about how he responds when someone “tries” him.

Officials say Hernandez felt the victims in the homicide case were “trying” him before he shot them to death later that night.

The first phone call with Pouncey went down on April 3, 2015:

“During this call, the defendant talks about how he has changed and now he would not want to even go in a club if there were ‘black people there’ because if they (referring to he and the Pounceys) go in ‘imagine if I go in the club with y’all n*ggas and n*ggas try you, you already know what time it is, feel me?'”

“This statement is relevant as an example of the defendant’s use of the word ‘try,’ referring to being disrespected. Bradley will testify (and likely be subject to vigorous cross-examination) that the defendant repeatedly told him that he felt that people — and, ultimately the homicide victims in this case — were ‘trying’ him.”

“During this call, [Hernandez] stated words to the effect of, ‘I’m going to get another tattoo that looks like a stop sign that will say, ‘Beware, no hesitation.’ [Hernandez] said, ‘You feel me? Like try me and there’s no hesitation.'”

“Again, as set forth above, this statement is relevant to the defendant’s use of the word ‘try’ and ongoing perception that others were ‘trying him’ — and suggest how the defendant responds when tried.”

Hernandez is accused of killing Daniel Jorge Correia de Abreu and Safiro Furtado as retaliation for someone in their group accidentally bumping into him at a nightclub.

Hernandez and Pouncey played college football together at the University of Florida and stayed friends for years. 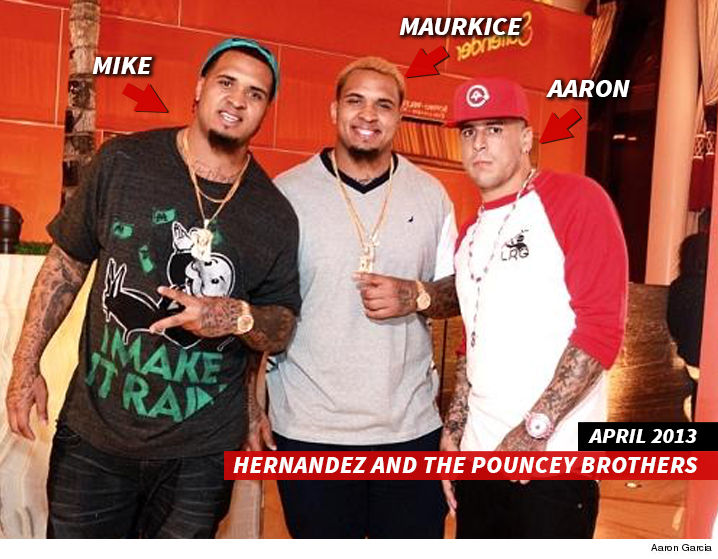 ← Moms A Mess Trying To Calm Her Baby. Then The Walmart Cashier Inserts Her Personal Credit Card Doctor Strange Director Thanks Fans as Theatrical Run Ends →