Meets with Corey for Kid Exchange 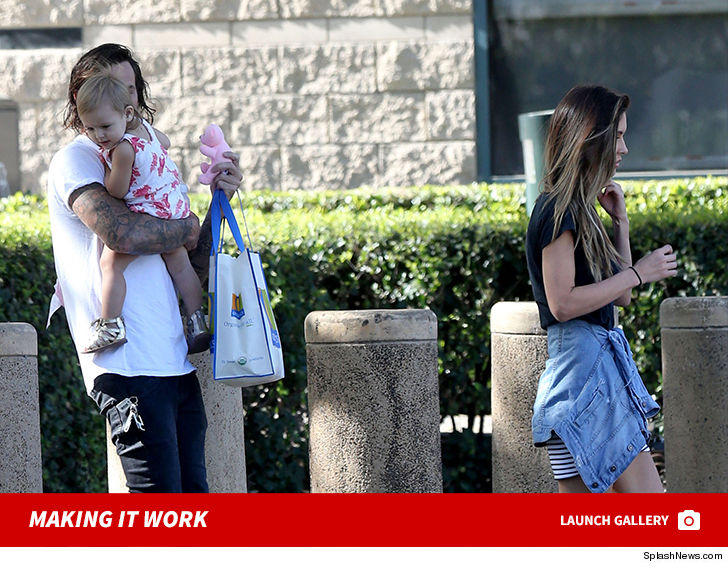 Audrina Patridge met face-to-face with her estranged hubby, Corey Bohan, this weekend to drop off their 1-year-old daughter for a dad visit … this after filing for divorce and claiming domestic abuse.

Paps got Audrina and Corey Sunday morning at a neutral location in the Orange County, which was agreed to through a judge. We’re told Corey arrived first, and Audrina showed up with their kid, Kirra, and a friend about 10 minutes later to make the exchange.

You can see them heading back to the parking lot together — with Audrina slightly keeping her distance from Corey as she walks ahead. Still, it’s interesting she’s comfortable meeting with him at all considering everything she’s alleged.

TMZ broke the story … Audrina filed for divorce and got a restraining order, claiming Corey shoved her, called her a “f**king c**t” and planted cameras to keep tabs on her. Corey denies installing the cameras, and claims her dad physically threatened him.

Corey also said he hadn’t seen Kirra in 2 weeks because of the timing of Audrina’s restraining order, which affected his latest scheduled visit. He definitely looks overjoyed to see her.