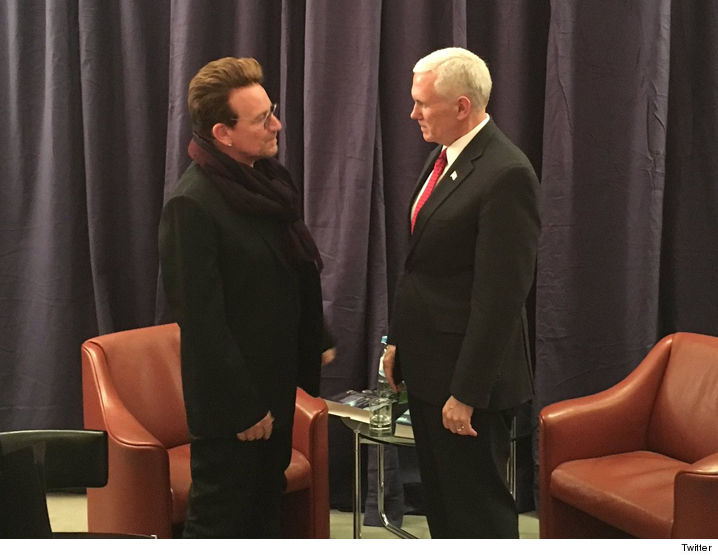 Bono gave kudos to Vice President Mike Pence for his supporting a cause close to the singer’s heart … AIDS relief.

The Veep was in Germany Saturday talking about global threats and met up with Bono, who thanked him for supporting the President’s Emergency Plan for AIDS … initiated by George W Bush.

Bono told Pence … “Twice on the House floor you defended that. That’s how we know you.”

The U2 star has been a leading activist in AIDS relief for years now. Seems like he has a new ally in the White House.