Car Plows Into Crowd in Charlottesville Amid Alt-Right Protests

12:30 PM — Charlottesville Mayor Mike Signer says 1 person has died from the car crashing into the crowd. At least 10 pedestrians were reportedly struck in the incident, and multiple outlets are reporting they were counter protesters of white nationalists.

A car plowed into a group of people in Charlottesville causing bodies to go flying … then floored it in reverse away and appeared to drive off.

Be warned — the video is graphic. It looks like a van is slowly driving down a street with a silver car following, and then out of nowhere a gray Dodge Challenger smashes into the silver car … causing a violent chain reaction.

Another angle of the gray car plowing into the crowd suggests it was a deliberate hit and run.

It’s unclear if the people struck by the car were part of the alt-right rally or protesters or both … but you hear someone in the first video yell, “That nazi drove into people!” Multiple injuries have been reported.

As we reported … Virginia Governor Terry McAuliffe declared a state of emergency Saturday after violent clashes broke out before an alt-right rally. 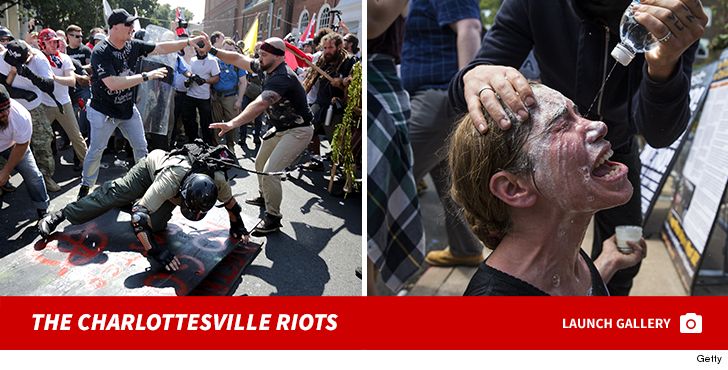