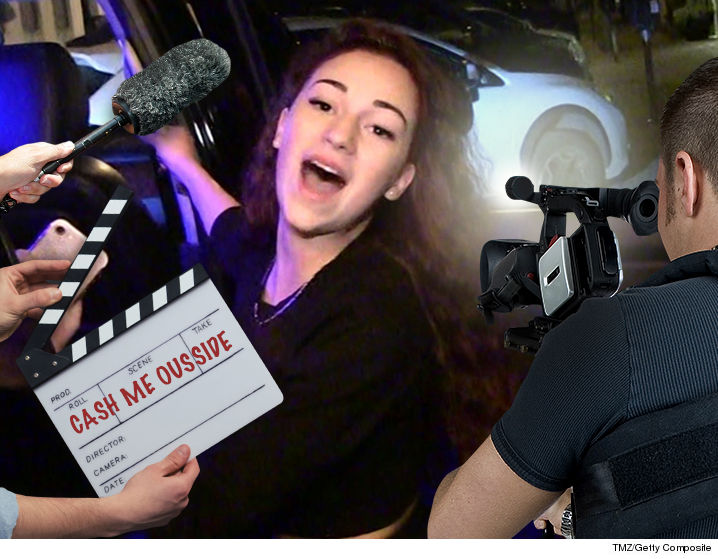 Danielle Bregoli — aka the “Cash Me Ousside” girl — is coming to Hollywood Wednesday to meet with reality show producers … TMZ has learned.

Danielle’s managers tell us they’ve been contacted by 7 production companies and are scheduling meetings for this week. We’re told 4 of the companies are interested in doing a reality show with Danielle and her mom.

The managers say 3 of the production companies are interested in formatted — or scripted — series. Yes, she’d have to memorize lines. We’re told these are not guest spots … it’s about a TV series.

We’re told the 13-year-old has also been getting some creepy offers … big bucks to show up at Adult clubs.

And, we’re told, she’ll likely move to Hollywood for a reality show, because the managers and Danielle’s mom think she gets in too much trouble when she’s in Florida.

← I am Science Fiction Incarnate; I am Handle A Bunch Of 2017 Oscars Red Carpet Pics →