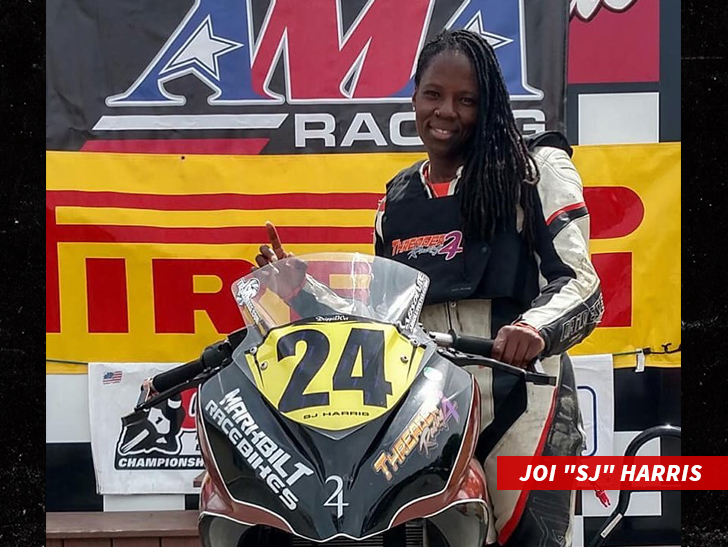 The stuntwoman who was killed on the set of “Deadpool 2” has been identified … and she was a professional road racer.

The victim was Joi “SJ” Harris, a professional motorcycle racer from Brooklyn, NY and the first African-American licensed female in the sport … her family confirms to TMZ.

She was not a member of the Alliance of Canadian Cinema, Television and Radio Artists — a Canadian actors union. “Deadpool 2” was also her first film as a stunt driver.

We broke the story … Harris lost control of her motorcycle during filming in Vancouver, which sent her airborne through a glass window of a ground floor studio. Eyewitnesses say the brakes were never applied … and she was also not wearing a helmet. She died on the scene.

📰NEWS FLASH: The doc said the clutch-wrist is completely healed. YOU KNOW WHAT THAT MEANS😈… 🏍💨… https://t.co/meN3T4dG5K

Weeks before her tragic death, Harris tweeted she had just fully healed from an injury involving her wrist and was ready to ride again. She had also fallen from a motorcycle before and filmed the fall.

It’s unclear how old Harris was at the time of her death. Still … RIP