A former NBA player is offering to mitigate international tensions between a ruthless dictator and President Donald Trump.


What a time to be alive. 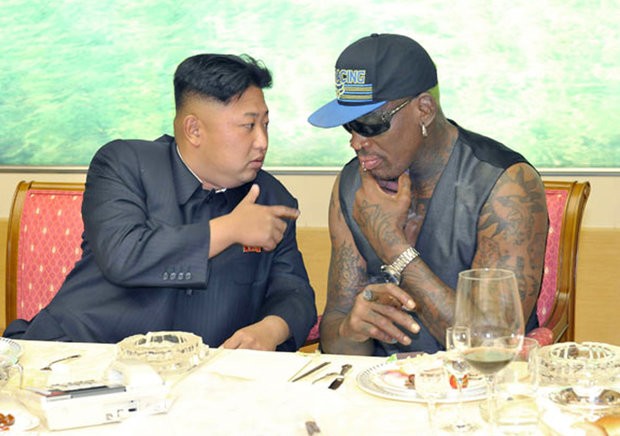 
Dennis Rodman, who has visited North Korean leader Kim Jong-un several times, is offering to help the U.S. “straighten things out” with North Korea after the two countries have escalated tensions with threats of nuclear war.


“I just want to try to straighten things out for everyone to get along together,” the former NBA star told “Good Morning Britain” on Wednesday.


“Kim is just like everybody else,” Rodman said of his friendship with the North Korean dictator. He told host Piers Morgan that his trips to Pyongyang included “cool things” like karaoke, skiing, horseback riding and laughing.


Watch the clip from “Good Morning Britain” below.