Donald Trump Rally, Guy with "Blacks for Trump 2020" Sign Claims Hillary and ISIS Out to Kill Black and White Women

Claims Hillary, ISIS Out to Kill Black and White Women 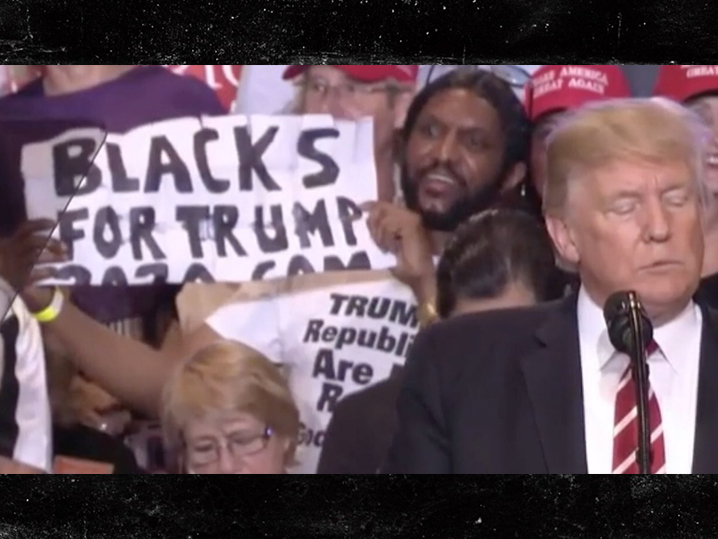 It was an absolutely bizarre scene … the guy Donald Trump’s people strategically placed behind the President at Tuesday’s Arizona rally with a sign that read “Blacks for Trump 2020” is the president of the group, and he believes “ISIS & HILLARY RACE WAR PLOT TO KILL ALL BLACK & WHITE WOMEN OF AMERICA.”

The guys name is Maurice Symonette and was having a good ‘ol time Tuesday night at the rally.  His website is one gigantic rant, with such statements as, “Make Cherokees & the Indians Pay Taxes.”

The guy is on a mission against the Cherokees …  “The real KKK slave masters revealed … they are Cherokee Indians.”

The website is wacko … Blacksfortrump2020.com … read at your own peril.