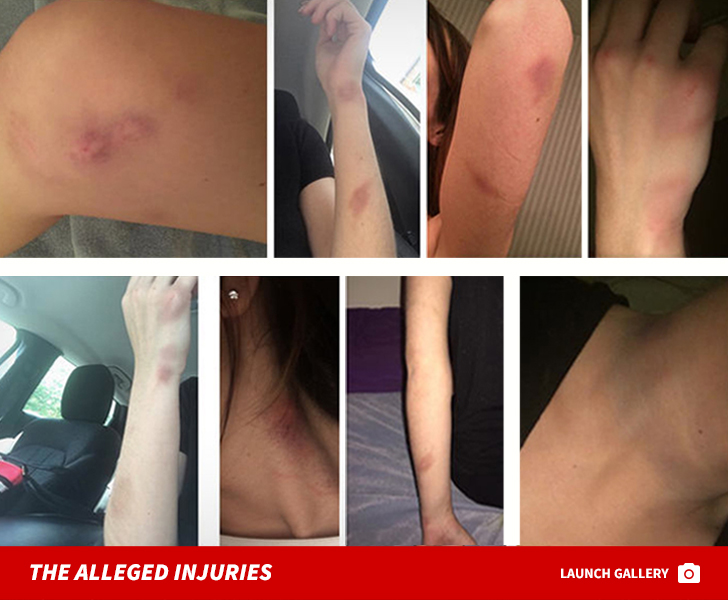 Ezekiel Elliott‘s accuser took several photos of the injuries she claims she suffered at the hands of the Dallas Cowboys running back … showing bruising on her arms, hands, neck and legs.

Zeke’s accuser claims she suffered the injuries during the week of July 16 — when Elliott allegedly attacked her 3 times on 3 separate occasions.

Elliott told police investigators he did not cause the bruises — claiming the woman suffered the injuries in a bar fight.

The NFL independently investigated the allegations — and obtained photos of the alleged injuries which the league claims it was able to verify came from incidents involving Elliott.

TMZ Sports also obtained a copy of the 911 call made by the accuser in which she claims Elliot had attacked her multiple times.