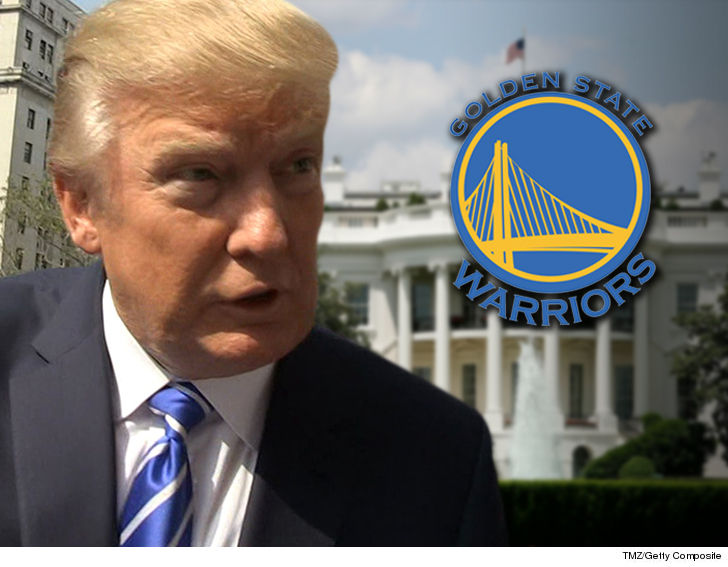 Donald Trump‘s withdrawal of the Golden State Warriors’ invitation to the White House is no skin off the team’s nose … because they’re already making other plans for their trip to D.C.

The Dubs just released a statement, saying since the Prez made it clear they aren’t welcome at the W.H. … they’ve decided they’ll “constructively use our trip to the nation’s capital in February to celebrate equality, diversity and inclustion — the values that we embrace as an organization.”

The Warriors say the team planned to meet this morning to discuss a potential trip to the White House, but scrapped it when Trump went on the attack against Steph Curry Saturday morning and took back the team’s invite.

It will be interesting to see what Steph, KD, Klay, Draymond and company do instead of hanging with Trump.