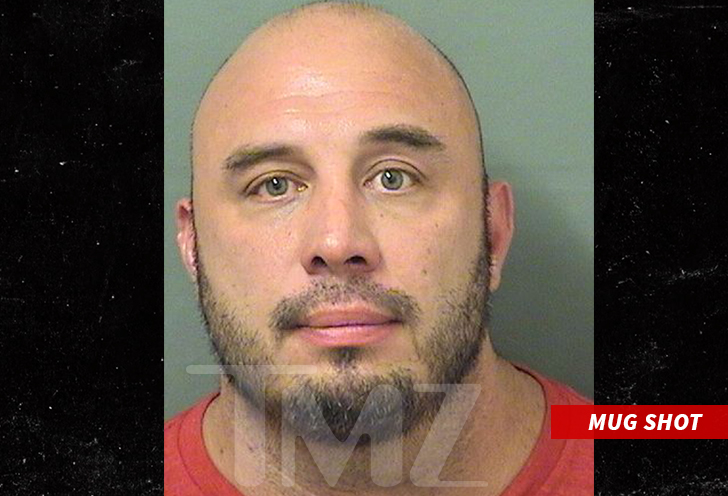 “Ink Masters” star Chris Blinston allegedly used both hands to choke his 13-year-old daughter so hard he squeezed off her airway …  leaving her terrified and gasping for air.

Blinston’s daughter told a therapist Blinston choked her Tuesday following an argument at his house during a custody visit. She told the therapist her dad strangled her twice Tuesday and that triggered a police investigation.

According to the police report — obtained by TMZ — the daughter says Blinston grabbed her around the neck and squeezed off her airway and was unable to breathe for 10 seconds. When he finally let go, she told him, “You just choked me, after everything that’s gone on the past two days, you’re choking me!”

According to the report, Blinston grew furious and again grabbed her by the neck and this time cut off her airway for another 6 to 7 seconds. The report also says Blinston called her cruel names — including “mental skank.” He allegedly told her if she told anyone about the incident there would be hell to pay.

When cops interviewed the girl they noticed marks on her neck, consistent with strangulation. The report noted that she’s 5-foot-1, 110 pounds and Blinston is 5-11, 220 pounds.

Blinston was arrested on charges of felony domestic battery by strangulation. He was released from jail Friday after posting $6,000 bond.

Sources close to Chris Blinston deny all of the allegations.