Jason Aldean's Burrito Troll Got Fired for Posting This …

Burrito Troll Fired for Posting This … 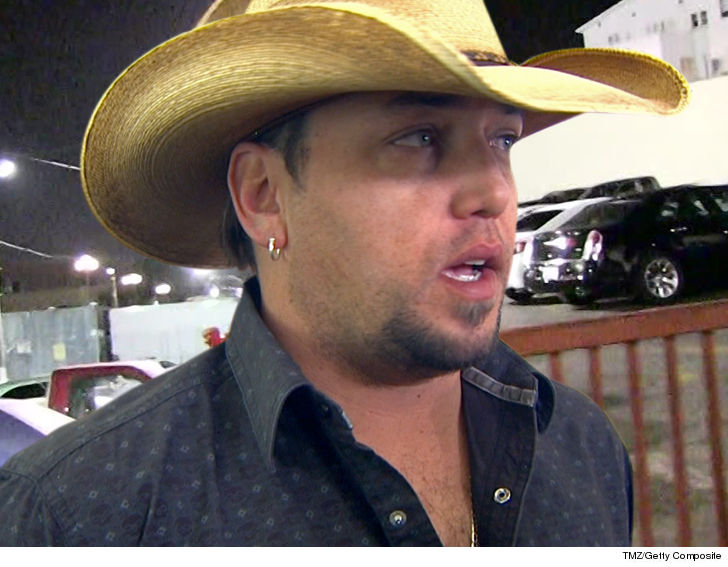 The ex-burrito roller who trolled Jason Aldean did more than accuse him of being cheap — he called the country star a “bitch” and insinuated he was racist.

TMZ obtained the since-deleted tweets from the fired employee of Black Sheep Burrito & Brews in West Virginia, and it’s pretty clear why he was 86’d. One tweet said, “@Jason_Aldean can suck my ass for not tipping Black Sheep.”

As we first reported, the guy put Jason on blast … accusing him of leaving a crappy tip on a 60 burrito order. One of the tweets also reeked of racism, saying Aldean must think “Hispanics work at Black Sheep.”

For the record, the manager says the employee was fired for tweeting about a customer — and Jason wasn’t even responsible for the giant food order … according to his rep. 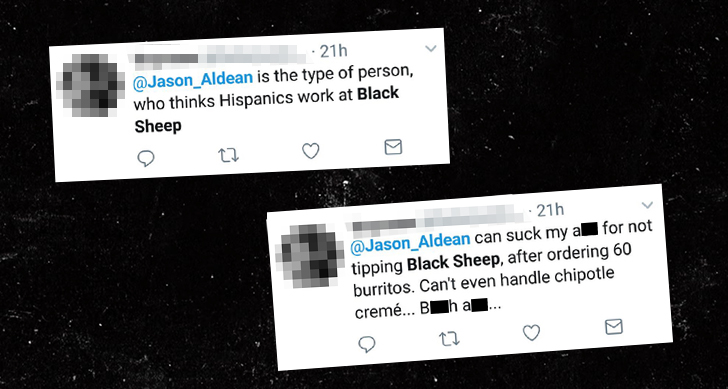