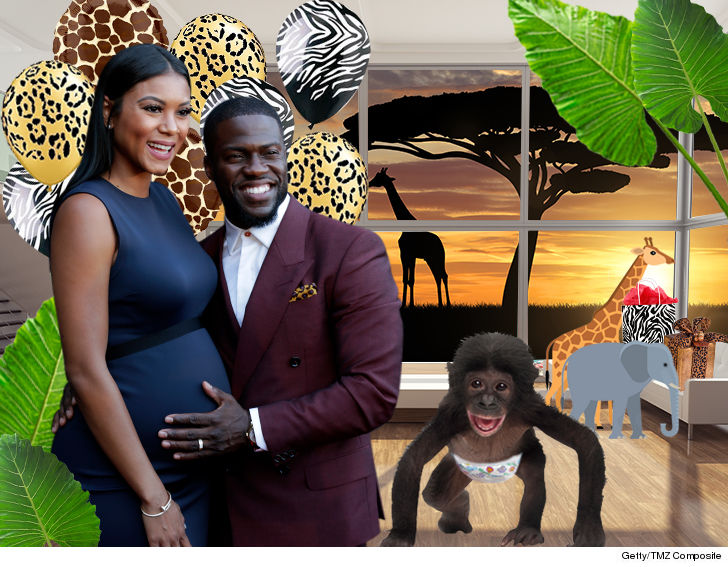 Kevin Hart and his pregnant wife, Eniko, are putting his sex tape/extortion case on a side burner, for at least one day, because they’re still putting on a super expensive baby shower amid the scandal.

According to docs, obtained by TMZ, Kevin and Eniko are dropping serious cash for a ‘Lion King’ themed shower on Oct. 1 at the Calamigos Beach Club in Malibu. The venue will be decked out in leopard print and safari animals pics — and a Hart family photo “with a silhouette of pregnant Eniko leading the way.”

They’re also having an “Experience Bar” where guests can sample exotic foods and dress up like tribal warriors — and a game show similar to “The Price Is Right” where guests can win prizes. All set to ‘Lion King’ music, of course.

We’re thinking Kevin’s gift budget might go up slightly though.