And Trick or Treat Away 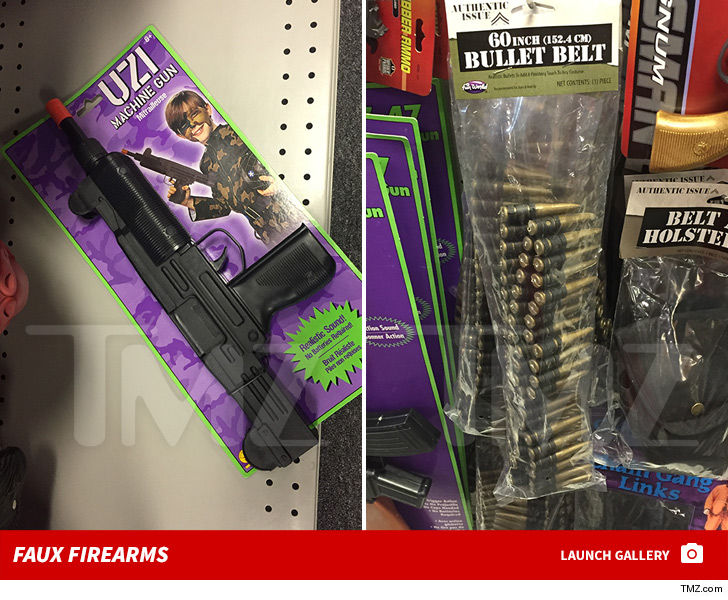 The Las Vegas mass shooting and the horrific carnage it left behind hasn’t put a damper on Vegas Halloween stores — realistic looking toy guns are still for sale.

We called a bunch of stores in the area and they say they’ll continue pushing toy guns … but with a new ground rule. Customers were permitted in the past to test and play with the fake weapons in the store … that’s no longer the case, because they feel it will scare other customers, especially kids.

The bigger point … these toys guns are still for sale, which means kids will be brandishing them out on the street on Halloween night, which is a scary proposition given what happened last Sunday.