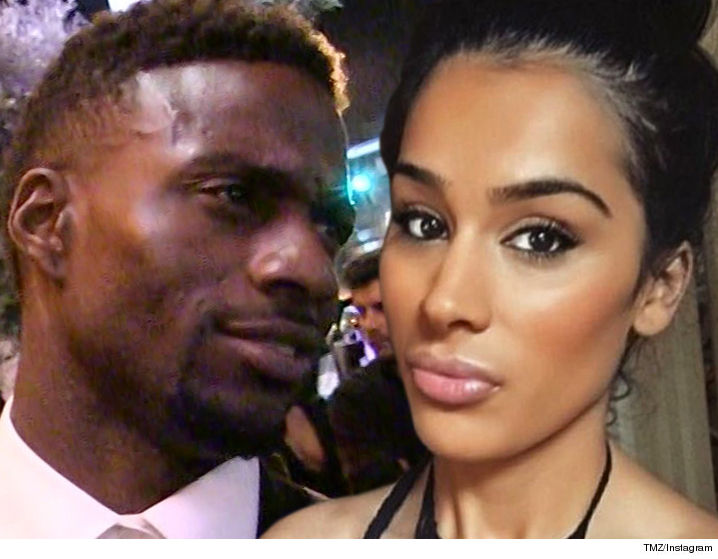 The estranged wife of Denver Broncos WR Emmanuel Sanders has declared WAR on the NFL star — claiming he lied, cheated and spent THOUSANDS on chicks he was banging on the side.

It’s all in ANGRY court docs filed by Gabriella Sanders — who blasts the father of her 2 children with a metaphorical bazooka right from the get go.

“When he’s not playing football on the field, he ‘plays the field’ with numerous women whom he is or has committed adultery.”

Gabby lays out multiple marital “atrocities” allegedly committed by her husband — and claims he
spent “thousands upon thousands of dollars on girlfriends and wasting the community estate, even purchasing a vehicle for one of his illicit affairs.”

The allegations are strikingly similar to those of Shelly Sterling — who claimed her husband Donald Sterling had no right to give $2.6 mil in gifts to V. Stiviano. She sued V and won. V was ordered to reimburse the Sterling estate.

Gabby filed for divorce from Sanders back in October and in the new court docs filed in Texas she says there is ZERO chance of a reconciliation.

Emmanuel signed a $33 mil extension with the Broncos back in Sept. — with $27 mil fully guaranteed.

Gabby also claims Emmanuel lied to the Broncos — claiming he told the team he needed to miss a practice in Nov. so he could be in Houston for the birth of their child … which was a a lie so he could go out partying.

We reached out to Emmanuel’s camp for comment — so far, no word back.