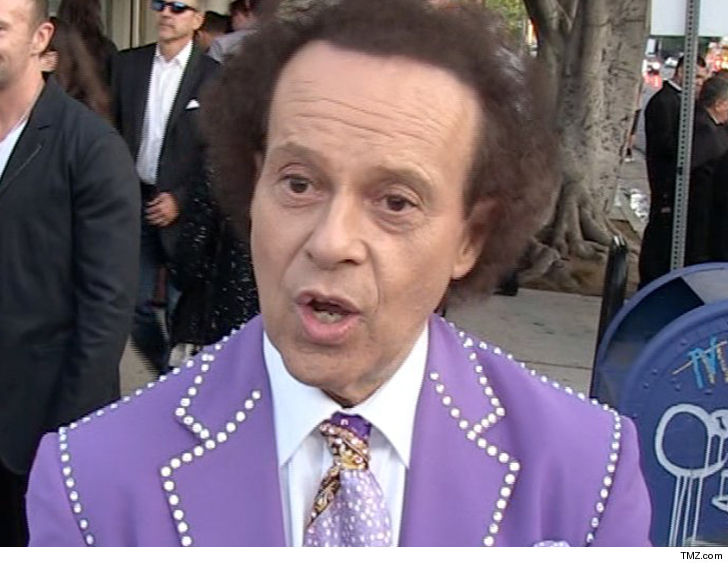 Richard Simmons broke out a list of reasons explaining why he’s not transgender … not that there’s anything wrong with that.

Simmons filed new legal docs in his defamation suit against the National Enquirer listing the reasons why the tabloid got it wrong when it reported he was transitioning into a woman. Here are the reasons:

As we reported … Simmons sued the Enquirer’s parent company — American Media — but the outlet fought back, saying that calling someone transgender is not an insult.

Simmons addresses that as well in the new docs, saying, “I fully support transgender individuals and their struggle to achieve acceptance and equality. Nonetheless, the false and fabricated claims that I was contemplating ‘castration’ and have had a ‘boob job’ have caused me extreme embarrassment.”

We’ve reached out to American Media, so far no word back.

← Off Duty Cop And Hotel Manager Save 2-Year-Old Found Face Down In Pool 'What Happened to Monday?' Is a Terrifying Mix of 'The Hunger Games' and 'Divergent' →