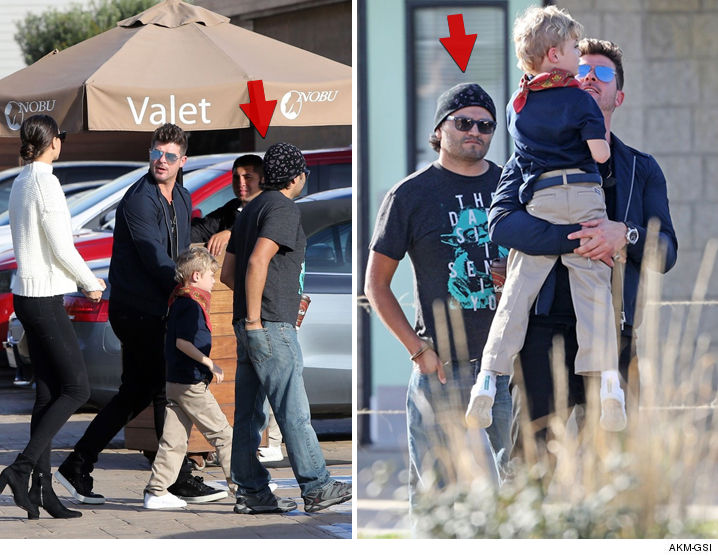 Pics have surfaced of Robin Thicke and his son, Julian, at Nobu in Malibu … the lunch Paula Patton claims was essentially an attempt to bribe the Dept. of Children and Family Services with sushi.

As we reported, Robin’s team has scoffed at Paula’s claim, and says the monitor — Mike, who’s wearing the hat — sat at a separate table and only drank water. The monitor is required by the judge to be present the entire time Robin is with his 6-year-old son.

We’re told the monitor was sitting at a table with someone from the Dept. of Children and Family Services, who was actually there to monitor the monitor after Paula complained about him. He too, we’re told, only drank water.

As for why they went to Nobu … it’s Julian’s fav.