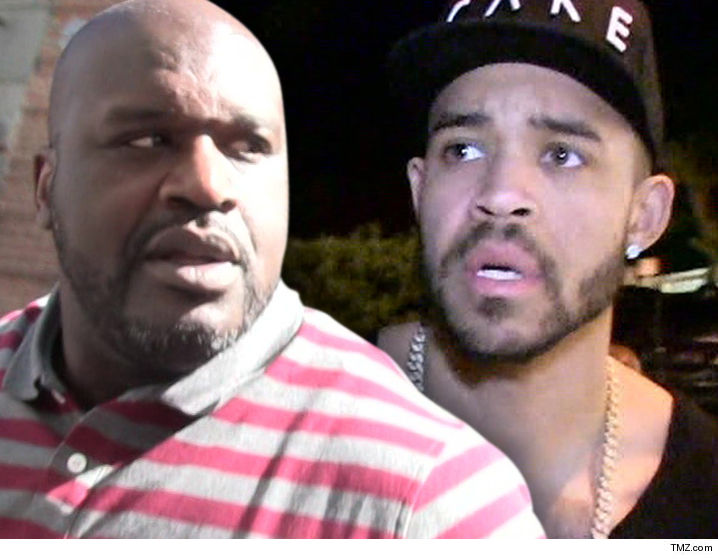 Shaq‘s playful beef with NBA player JaVale McGee just went NUCLEAR … with the two men vowing to fight each other ON SIGHT after a series of menacing and threatening tweets.

McGee’s been a target of Shaq’s ‘Shaqin’ A Fool’ segment on “Inside The NBA” for years, and apparently had enough when the broadcast devoted a whole segment to his on court screw-ups Thursday night.

JaVale took to Twitter and blasted O’Neal, asking Shaq to kindly get his umm, peanut emojis out of his mouth … you get the meaning, right?

Shaq wasted no time firing back … leveling a direct physical threat at the Warriors big man that had ZERO of O’Neal’s trademark levity.

“@JaValeMcGee34 don’t be acting like u a g I’ll smack the s**t out yo bum ass u da one that be looking stupid with your dumb ass #bumass.”

Shaq then doubled down, making the threat a promise saying, “we gonna see how tough you are when I see yo ass.“

McGee and O’Neal’s rift has threatened to serious before, including a time JaVale called Shaq a “coon” — a terrible racially charged insult to a black man — on LIVE TV … but it’s clear that things have now gotten outta hand.