… at Floyd vs. Conor Fight 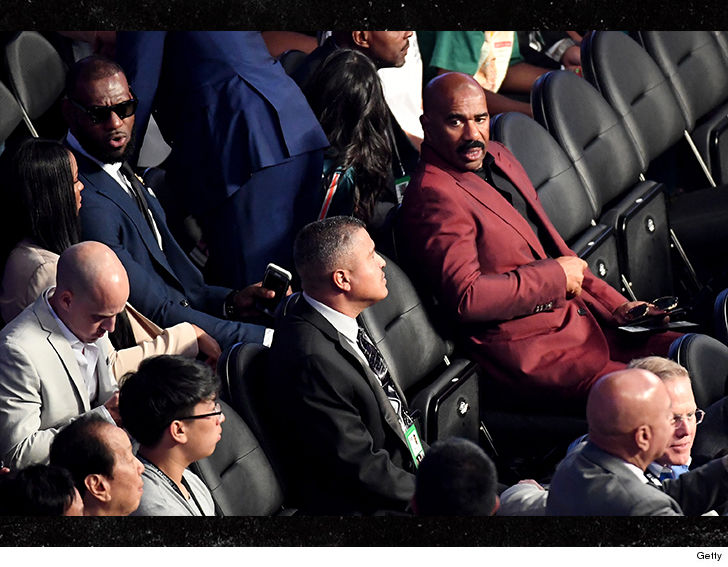 Who’s the REAL winner of Floyd Mayweather vs. Conor McGregor?

Fight fans were blowing up social media during the bout … trying to figure out how Steve had pulled a better ringside seat than mega-stars like LeBron James and Diddy.

TMZ Sports broke the story … Ari Emanuel, the head of talent agency WME-IMG, got 250 tickets to dole out to celebs for the super-fight — and we’re told Ari and co. had a tough time deciding who got the sweetest set-ups for May-Mac.

Turns out Steve’s way high up on the food chain — and we could tell he was having the time of his life in his primo seat.

Especially cause he didn’t have to announce the winner. 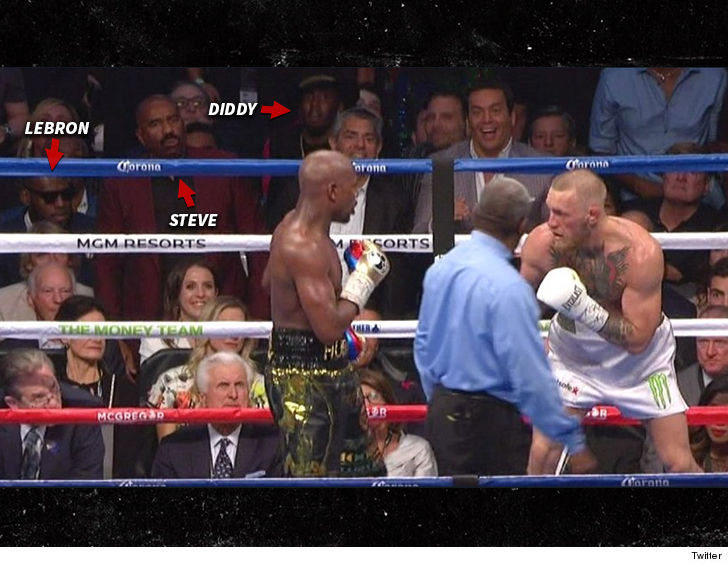