Look Where You Made Me Move 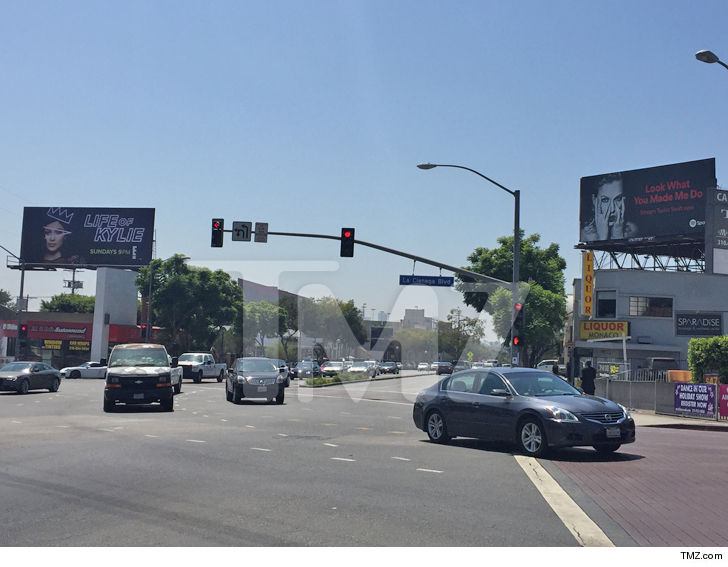 Taylor Swift is horning in on the life of Kylie Jenner in a big way … by taking up a bigger billboard than hers, right across the street.

A new billboard featuring Taylor’s mug promoting her new single, “Look What You Made Me Do,” has moved in across the street from a “Life of Kylie” billboard 50 feet away on the corner of Santa Monica Blvd. and La Cienega in WeHo. 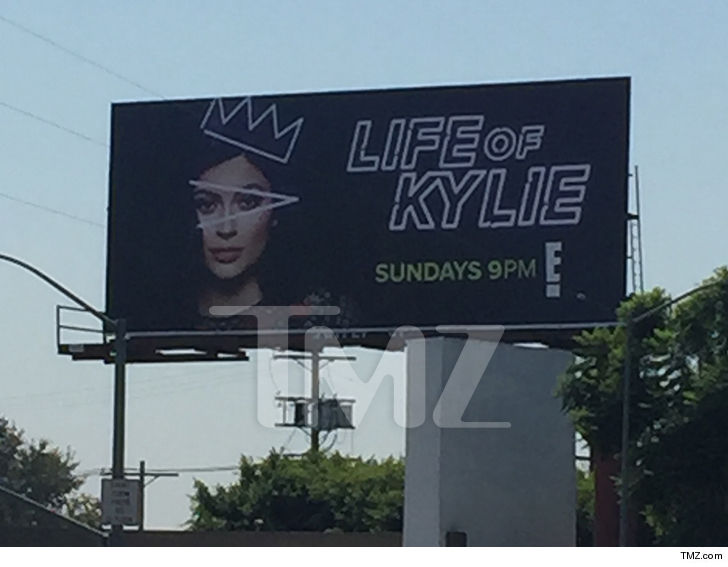 By the looks on their faces … we’d say Taylor’s got more to prove here — and more turf to claim in this epic billboard face-off. 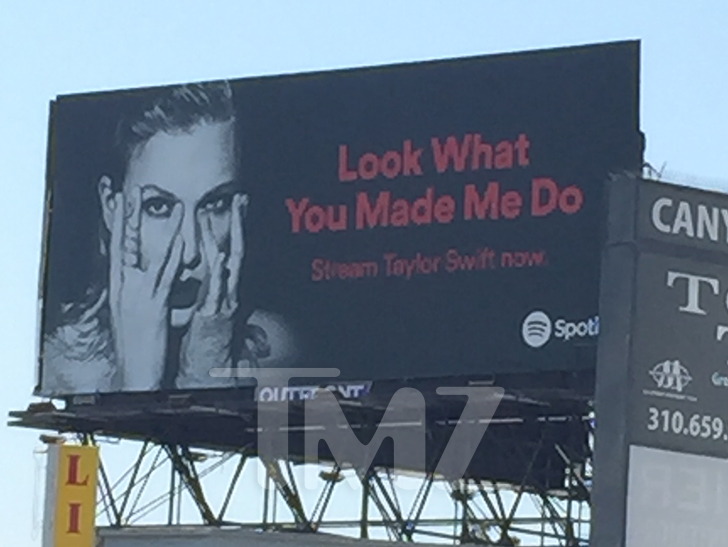 Taylor isn’t known to have beef with Kylie personally, but we all know she’s not on good terms with Kim and Kanye … and probably, by extension, the whole Kardashian clan.

How about picking on someone your own size, Tay?