6 Real Spells From the Middle Ages


A while back I wrote an article about real magic spells from the ancient world, giving you just some of the magical spells performed by actual magicians of the Roman era, based on the surviving “Magical Papyri”.

I figured it’s time for a sequel to that, and today, I’m going to be sharing with you some real spells (real as in “these were real magical spells that wizards actually used in the middle-ages, not stuff from some novel”) from the medieval period.  In this case, they are taken from a magical grimoire called “The Book of the Sacred Magic of Abra-Melin the Mage”, which was written by a Jewish-German magician named Abraham of Worms. “Worms” being a city in Germany, not the wiggly creatures, in this case.

The Book of Abramelin contains some very and powerful magic, unique from any other book, in its 3rd section. But I’m not going to bother with that today. This is for the little magic, the stuff in the 2nd section, which is a long list of various small spells which Abraham clearly learned and borrowed from both Jewish and Christian magicians of the culture around him. Similar spells are found in many other grimoires, and they are the typical kind of stuff high-class Wizards of the era (somewhere around 1400) would have done.

So, let’s see what kind of real magic you can do!

1. To Protect Yourself Against Diseases

If you’re feeling unwell, there is a spell to heal. Take seven small glass bowls. Write on them with honey the following words:

“I shall not die, but live, and proclaim the works of the LORD”

(attentive Christians might note this is from Psalm 118; in fact, you’ll see that almost all of the magical incancations in these spells, like most medieval spells, are derived from Biblical passages, especially the Psalms, which were like a freaking spellbook for medieval magicians!)

Each day, take one piece of bread, which must be small enough to be eaten in seven bites. Write the same on them with honey as you did on the bowl.

Take the bread and wave it over burning incense (a mix of cedar, galbanum and frankincense), saying out loud:

“O give thanks unto ADNI, for he is a friend to me, because his mercy endureth forever. ADNI raises me to health and does not give me death.“

(note: “ADNI” must be ‘vibrated’ (that is, chanted from deep inside your solar plexus), and is pronounced “Adonai”)

Each day, give yourself (or your patient) the bread, and the glass bowl with water, and have the bread eaten with seven bites, and the bowl emptied in seven sips. The bread and water must be eaten before eating or drinking anything else in that day, and before taking any medicine!
The bowls must be kept clean, and the the bread must also be kept covered and away from any other foods. In seven days, you (or the ill person) will feel better.

In the middle ages, people considered depression (or “melancholia”) to be produced by imbalances in the body’s “humors” or magical elements. So naturally, it could be cured through magic!

In the morning, before the sun rises, write the following on it with honey:

“The eyes of ADNI see you, thus in life he makes a contented heart and a happy face, and protects from sickness, problems and unhappiness“.

Light some incense (cedar, galbanum and frankincense) and wave the smoke around the inside of the bowl.  Then fill the bowl with either honey mead or strong wine.

Then draw, over the bowl with the incense, the sign of mars:

Cover the bowl with a cloth so that no dirt or dust falls on the drink. Let it sit until after sunset, and then drink it all. Do this for 7 days, and your mood should considerably improve!

3. A Curse To Make Enemies Have Bad Luck

Sometimes, someone might really piss you off.  In the middle ages, there was nothing like a little bit of righteous cursing-magic to get even.  Here’s a spell that’s supposed to bring bad luck to someone who has wronged you!

At sunset, use the lead stylus to write the name of the person you want to curse, and the following on the iron plate:
“May bad luck fall on your head and spite rain down on your head“

Then light incense (cedar, galbanum, and frankincense) and hold the plate circling it over the incense smoke seven times, repeating the following words seven times:

“Arise, O ADNI, in thine anger, and rise in your rage upon my enemies“

The person you sought to curse should have bad luck until such time as you erase or scratch off their name from the plate.

A note: modern pencils are not made with any ‘lead’, contrary to what you might believe.  But if you  have trouble getting a “lead stylus”, you could use a modern day “Inkless Pen”, which makes use of a lead alloy.

4. To Guarantee A Happy Marriage

Anyways, to guarantee a happy marriage, you need to perform this spell after sunset, on your wedding day, and it will only work if you haven’t “consummated” (so, if you and your spouse haven’t actually had pre-marital sex, which I guess means it won’t be very useful at all in our modern age even besides the sacrifice bits!).  You have to take two turtledoves, one male and one female. You have to sacrifice them and drain them of their blood, mixing the blood into the same bowl. Then you must use a beeswax crayon, dipping it into the blood to write the following, on a piece of virgin (unused) paper:

“Whither thou goest, I will go; thy people shall be my people, and thy God my God. And where thou diest I will die and there be buried. May ADNI do so to me, and naught but death part thee and me.“

Write the same words with honey on a glass bowl. Hide the writings under the pillows of the marriage bed, where you will first ‘do the deed’. But before getting to the sexy time, pour wine into the glass bowl and drink half of it and give the other half to your spouse to drink.
This spell is supposed to grant you and your spouse a happy marriage together for the rest of your lives, assuming the animal cruelty people don’t hunt you down as a dove-murderer. Another really big deal in the middle ages, this could also be relevant here. Plus this spell is complete with non-lactose alternatives! Given that people sometimes spend a small fortune to try to get pregnant, a bit of 14th century magic might be worth a shot!

So, to get a woman pregnant first you will need to make an amulet, either out of a pure beeswax tablet or out of gold or silver. This amulet must have the following inscribed on it on the front:

“Praised be the name of ADNI, now and forever“

And on the back:

“He maketh the barren woman to keep house, and to be a joyful mother of children. Hallelujah.“

Then, in the morning, fill up a glass with almond milk. Burn incense over the glass seven times while reading out Psalm 113 seven times.  Put the amulet on the woman who seeks to get pregnant, and have her drink the whole glass. She must do this before breakfast (that is, before eating or drinking anything else in the day).

Repeat this for the next six days (seven days in a row).  According to the medieval magicians, she should become pregnant shortly thereafter.

6. To Make a Man Fall In Love With You 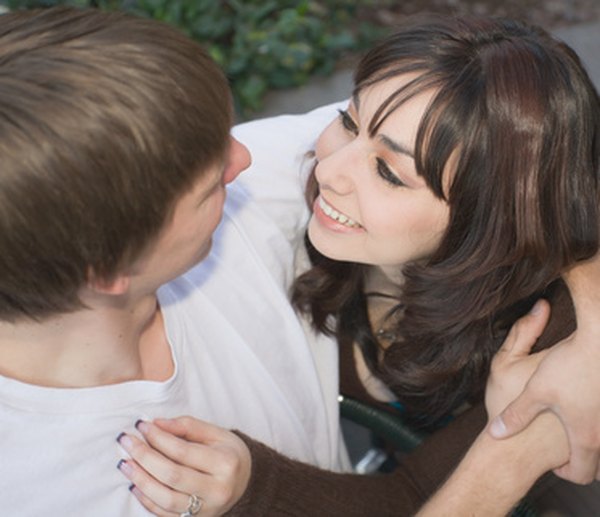 Having trouble winning yourself a man?  Here’s a spell from the middle ages supposed to help with that. Naturally, it assumes by default that it’s a woman trying to get herself a man. I’m not sure how it would work out with same-sex couplings, though there’s nothing to say you can’t try.

To win the heart of a man, you need to first pluck a grape leaf before sunrise (this might be tricky if you live in an area which doesn’t tend to have grapes on the vine).

Next, make a mix of honey and myrrh, and use it to write the following on the leaf:

“My Beloved is mine, and I am his; he feedeth among the roses until the day cools and shadows lengthen“

Under this, write his name and yours.

Then you must hold the leaf over incense smoke (of an incense made of cedar, galbanum and frankincense).

After this, you must pluck a rose, freshly blooming, in the morning before it is touched by the rays of the sun. Crush the rose into as fine a powder as you can, and sprinkle the powder on the grape leaf.

Then, the man you would like to win over must smell the scent of the rose powder on the incense-smoked grape leaf.  If you can get him to do that, the Book of Abramelin assures you that his heart will start to feel for you “before the end of the