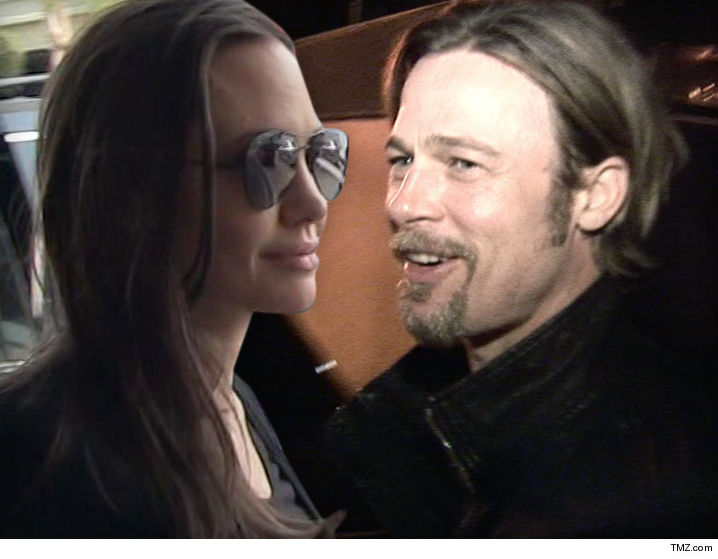 Brad Pitt and Angelina Jolie have been in the throes of settlement negotiations almost from the start … but it got rocky early on when Brad pulled the plug … sources familiar with the case tell TMZ.

Our sources say both sides wanted a quick end to what could become a contentious divorce. Jolie set the stage by asking for sole physical custody after Brad lunged and made contact with 15-year-old Maddox on a private jet.

We’re told when TMZ broke the story about the incident in the air, Brad felt Angelina’s people leaked the story and said he was done negotiating. But our sources say shortly thereafter, negotiations resumed.

We’re told there are 4 elements to the settlement discussions:

— Temporary support for Angelina and the kids

We’re told the first 2 items are well on their way to resolution, with one big hitch. TMZ broke the story … the L.A. County Department of Children and Family Services is investigating the jet incident, and any settlement must conform to the eventual DCFS recommendations.

Our sources say the 3rd and 4th elements have not been resolved.