Pope Meeting Not Enough to Save Job 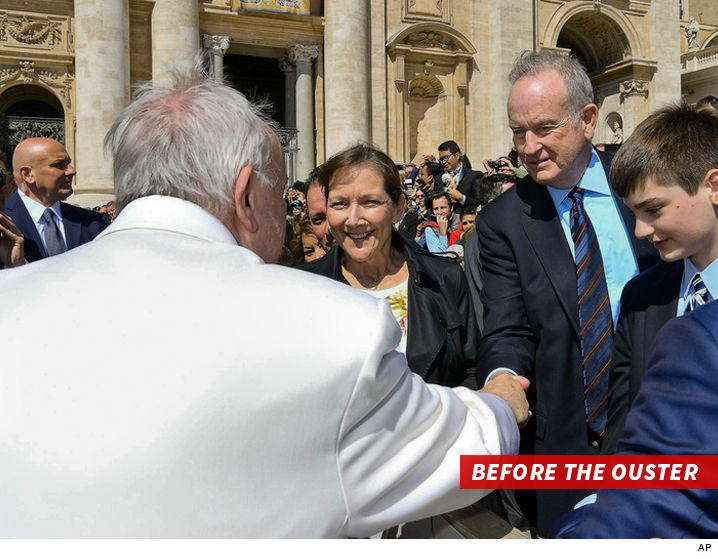 Bill O’Reilly had what turned out to be an 11th hour meeting with Pope Francis — but even shaking hands with His Holiness wasn’t enough to spare his gig at FOX News.

Bill was in St. Peter’s Square Wednesday morning — he’d been on vacation — when he got an audience with the Pontiff. Just a quick meet and greet really … handshake, exchange of salutations.

But put yourself in Bill’s shoes at the time — wouldn’t ya have to ask for a prayer or two?

As we reported … FOX News announced O’Reilly would not return to the network after about 70 advertisers pulled out amid allegations of sexual harassment against him.

Only so much a Pope can do.

← Deadspin Report: Aaron Hernandez Wrote “John 3:16&quot; On His Forehead Before Apparent Suicide [Upd Hump With Caution, These Are The Most Dangerous Sex Positions For Dudes →