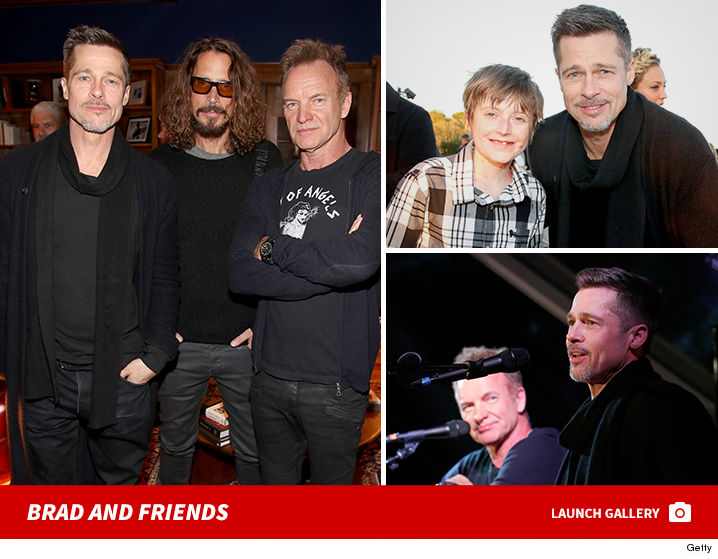 Brad Pitt is following suit with Kim Kardashian and returning to his normal life again in the middle of his divorce from Angelina Jolie.

Brad resurfaced Saturday at the 4th annual Rock4EB! charity concert in Malibu, where Sting and Chris Cornell headlined, Zach Galifianakis emceed … and tons of other celebs showed up to raise awareness for kids with the skin disease epidermolysis bullosa.

As for Brad, it looks like he was circulating, taking pics with friends and some of the afflicted children and maybe most important … being his old self again.