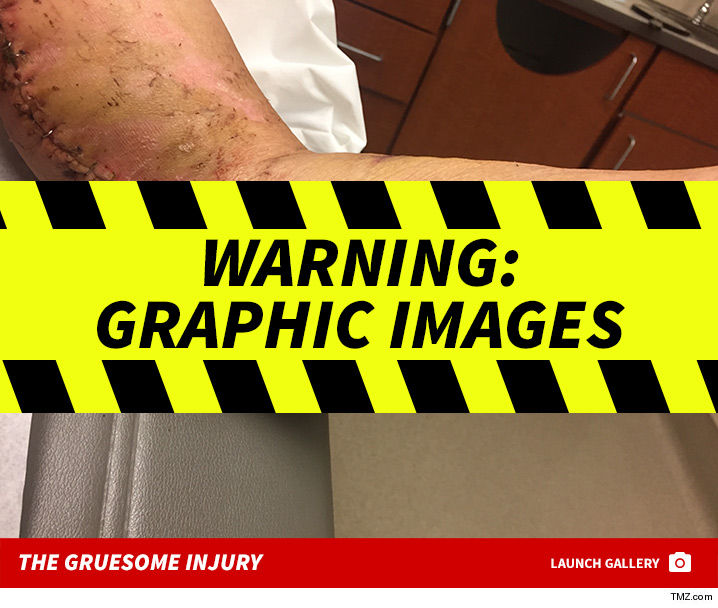 A Carnival cruise passenger sprang a major leak while playing mini-golf on the ship — as in, his arm was ripped wide open, and we got the gory pics he says prove the cruise line’s to blame.

Dzung Tran says he was mini-golfing aboard the Carnival Splendor last summer when he tripped and fell over a loose border on the course. He says he suffered numerous injuries … the worst of which was to his arm.

Tran says he was impaled by a club which tore a major artery in his upper arm. If you want to know how major, check out the photos. You might want to sit down first.

Tran claims the golf course was poorly maintained and not built to code, so he’s suing for a ton of dough. We reached out to Carnival. No word back yet.

Take a look at the course … if you’ve recovered from the injury pics.