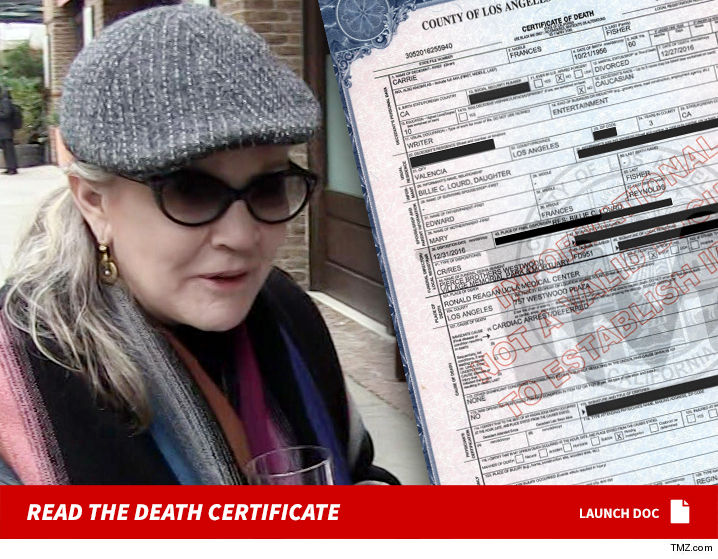 Carrie Fisher‘s death certificate confirms what we told you more than a week ago — the reason her heart stopped beating remains a mystery.

TMZ just obtained the official document, which lists the cause of death as “cardiac arrest/deferred.” Translation: the L.A. County Coroner’s Office needs to do more testing to pinpoint the trigger for the massive heart attack she suffered on the United flight.

We’re told toxicology tests will be performed to determine if there were any drugs in her system that could have contributed to Carrie’s death.

TMZ broke the story … Fisher’s heart stopped on the flight 15 minutes out from landing in L.A. She died 4 days later. 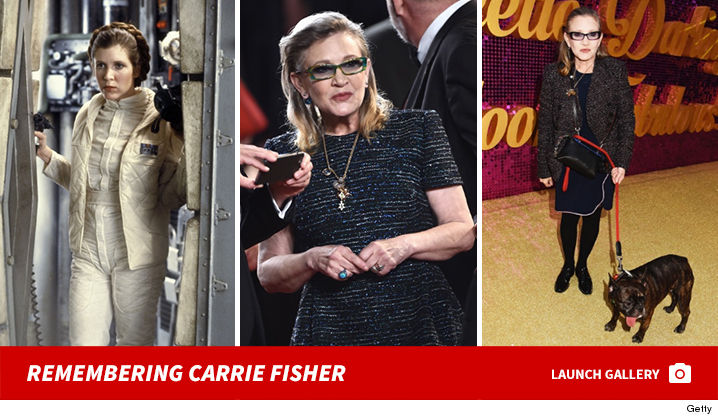