The woman who claims Chris Brown pulled a gun on her got a hysterical assist from Breezy in her quest to win a beauty pageant.

Baylee Curran was a contestant in the Miss Greater Inland Empire Pageant — it’s a prelim for Miss California — and when it came time for the evening gown competition last weekend, she got a sweet and serendipitous surprise.

The DJ had a great sense of humor because he threw on CB’s “Don’t Wake Me Up.” Watch the video … you gotta laugh. 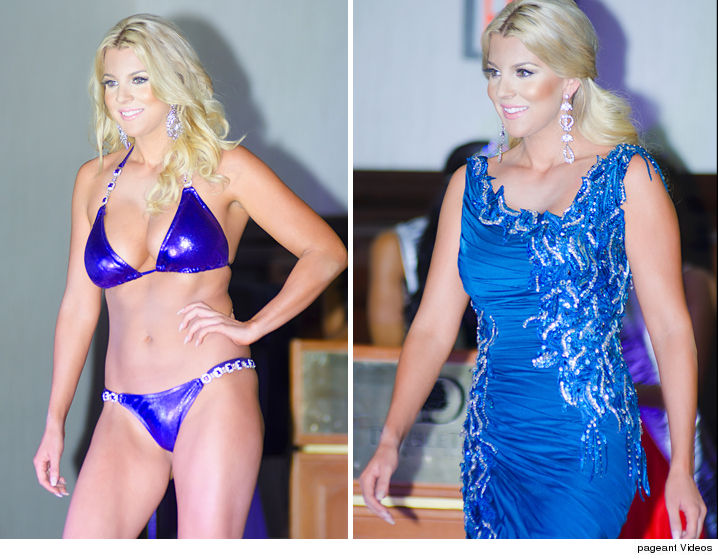 The pageant director tells TMZ the song choice was purely a coincidence. People in the audience say it didn’t appear Baylee noticed, but she was upset about something else.

We’re told she didn’t even place in the competition, so she stormed out early. Still a better exit than the one she made at Chris’ house.