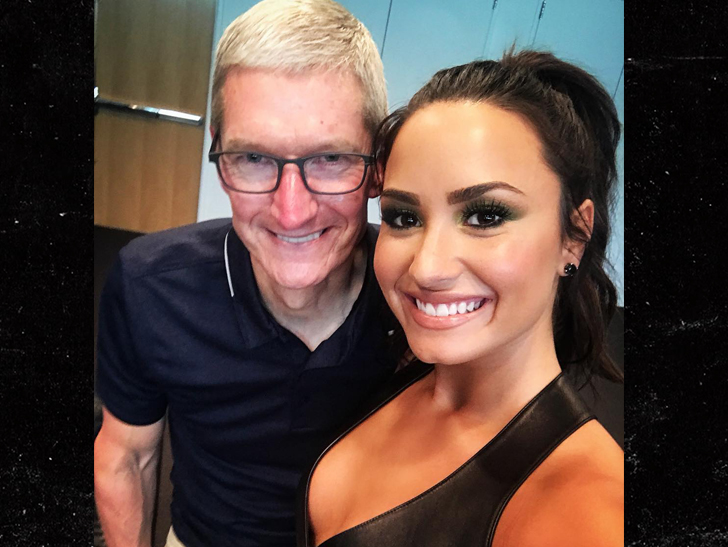 Demi Lovato put a smile on Apple CEO Tim Cook‘s face … then headlined a corporate bash that made all the rest of his employees happy too.

Demi stopped by Apple’s Northern California headquarters in Cupertino Friday and rocked their Beer Bash to celebrate diversity and inclusion. We’re told she performed for an hour between 4-6 PM … the perfect slot for happy hour.

Apple holds these type of events for its workers every couple months, but doesn’t always land an act as big as Lovato.

Pretty sure they can afford it, though.