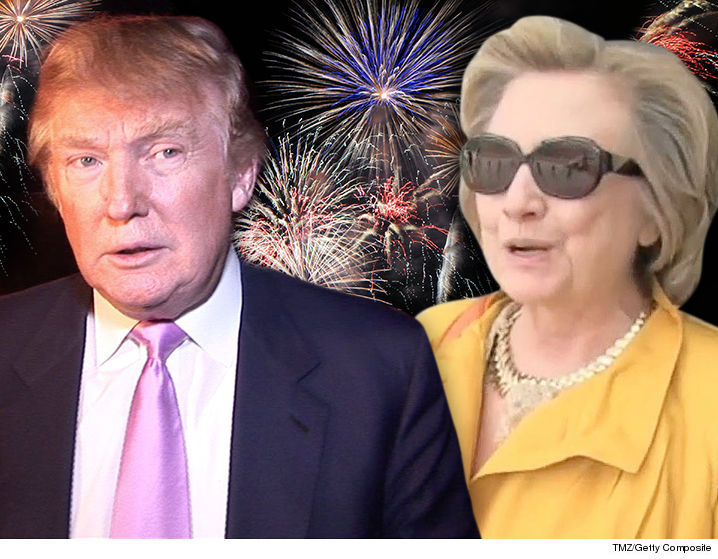 Donald Trump knew he was going to be the next President when Hillary Clinton 86’d her fireworks show.

Trump just tweeted, “I thought and felt I would win big, easily over the fabled 270 (306). When they cancelled the fireworks, they knew, and so did I.”

TMZ broke the story that Clinton canceled the fireworks show for her election night party. One campaign source says it looked too overconfident, but Trump clearly thinks they either had a premonition or hard data showing defeat.

It’s interesting … Katy Perry was one of the biggest Clinton supporters, but even she couldn’t bring the fireworks.