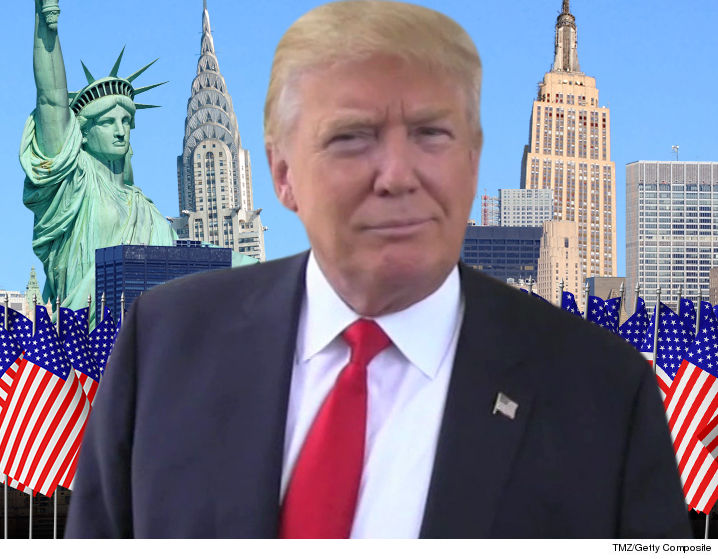 Donald Trump will host a series of inaugural balls and we’ve learned one of them is all about his home … New York City.

Sources involved in the planning tell TMZ, Trump’s pet project is the Big Apple Ball, which will be festooned with every NYC icon. There will be huge cutouts of the Empire State Building, the Statue of Liberty, and on and on. As one source put it, “Every cliche that is New York will be front and center.”

And Trump will use a line from a famous Frank Sinatra song as a central theme … “If I can make it there, I’ll make it anywhere.”

And speaking of New York City … we’re told Tump will be flying back and forth from D.C. to NYC. One source said the commute for him will be shorter than the commute most people have when they go from home to work in the D.C. area during rush hour. We’re told, “He can leave the Oval, drive to National [Airport], fly to LaGuardia, drive to Trump Tower and take the elevator to his penthouse in an hour.”

And, we’re told, going back and forth is not just about the fact that Melania and Barron will stay in NYC for at least 6 months. He still feels it’s his home.