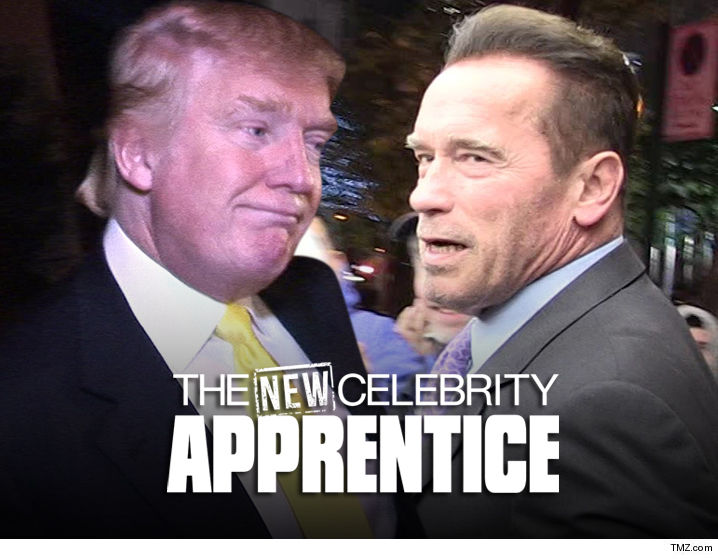 Donald Trump trashed Arnold Schwarzenegger over the debut of the new ‘Celebrity Apprentice‘ … and it appears to have more to do with the presidential election than the show.

Tump just tweeted Arnold got “swamped (or destroyed) by comparison to the ratings machine, DJT.” He goes on, “So much being a movie star-and that was season 1 compared to season 14. Now compare him to my season 1. But who cares, he supported Kasich & Hillary.”

But here’s the thing. True enough, Trump scored a rating of around 18 in season 1 of the show, and Arnold’s show came in at a 4.9. But what Trump didn’t say … the ratings on his show took a nosedive and in his last season, 2 years ago, he scored right around a 6 rating.

Trump clearly has bad blood … according to his deal, he actually profits if Arnold’s show does well. 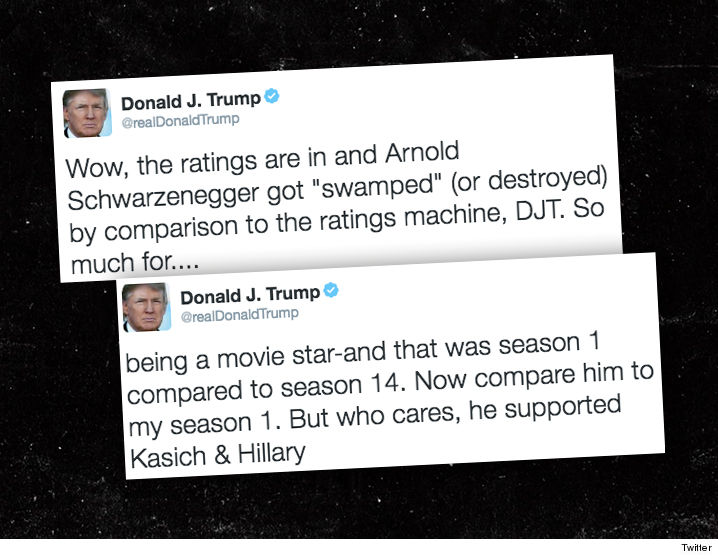