Dave Chappelle and Donnell Rawlings are in the middle of a crazy, violent fight triggered by a guy who was determined to get pics of Dave.

Thurston Greer﻿ shot the video, obtained by TMZ. We broke the story … Greer was somewhere in the vicinity of a bathroom early Friday morning at the Soho Grand Hotel in NYC when he spotted Dave and tried taking a pic, but he was blocked. He says he went outside to do a Facebook post, talking smack on Dave and Donnell, when he ran into them and he says Donnell struck him.

Dave and Donnell say the guy was trying to get pics in the bathroom, they told him no but he persisted and got aggressive. Donnell insists he never laid a finger on Greer and in the video you don’t see Donnell ever make contact with the guy.

But the video is insane, and the fight seems to last forever … lots of n-words hurled back and forth.

As we reported … Donnell’s wanted by police for questioning.

Greer says he was injured in the altercation, citing a sore back, neck and head … among other scrapes and bruises. 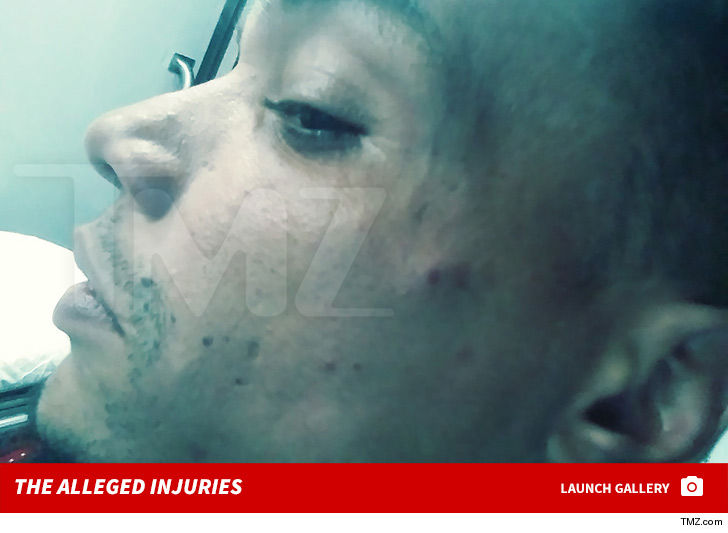