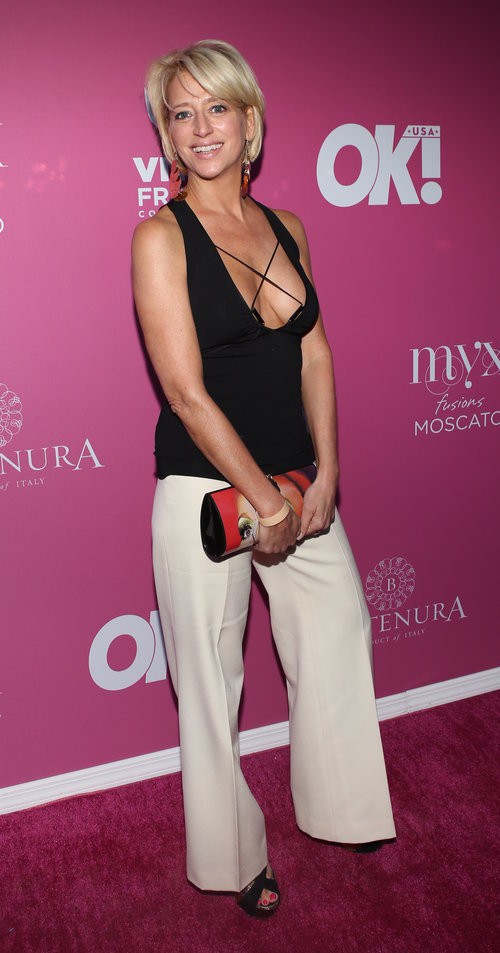 Dorinda Medley knew Jules Wainstein before she came on The Real Housewives of New York. One can imagine that Dorinda wanted to bring Jules on the show, because she sensed that she would be a good addition to the show – and maybe she wanted Wainstein to get her mind off the marital troubles she was going through. Jules just announced her divorce last week and the red flags were all over last week’s episode, as Dorinda went out for dinner with Jules and her husband. According to a new report, Dorinda Medley is now explaining why she talked so much during the dinner.

“Let me fill you in on some facts… They were over an hour late. So what else is there to do? #MartiniTime! And when they showed up, you could cut the tension better than the steaks we were served. And you know me…Dorinda likes to make it NICE, so I proceeded to try and give some advice — some Martini-fueled advice, but it was all from a good place,” Dorinda Medley explains of her interesting dinner with her boyfriend John Mahdessian, Jules Wainstein and Jules’ husband, Michael Wainstein.

Of course, Dorinda wants people to know that everyone can get frustrated with their spouses.

“I’ve been married twice, and I can tell you this: The best of marriages have those moments where you love him so much, you can’t breathe. And then there are times where you can’t stand him to save your life. Clearly this was one of those moments. But also, we now know there was much more going on behind the scenes that even I didn’t see. I realize there were deeper problems now, with Michael always being late, always on the phone, taking selfies, joking about hot nannies or hot girls…Much deeper problems, sadly,” Dorinda Medley explains, sharing that she does understand Jules’ frustrations.

What do you think of Dorinda Medley’s crazy dinner with Jules Wainstein?