Floyd Mayweather says he’ll be right in the middle of the action for Donald Trump‘s inauguration in D.C. next week … telling TMZ Sports he’s already got his tuxedo picked out!

Turns out, Mayweather’s been friends with Trump for a while — and says he really appreciated the support he got from Donald during the Manny Pacquiao fight.

Mayweather wouldn’t say if he’s a democrat or a republican — but praised both Obama and Trump.

Mayweather also has a message for people concerned about Trump’s presidency — “We don’t know what can happen in life. Only thing we can do is keep our fingers crossed, pray and hope for the best.” 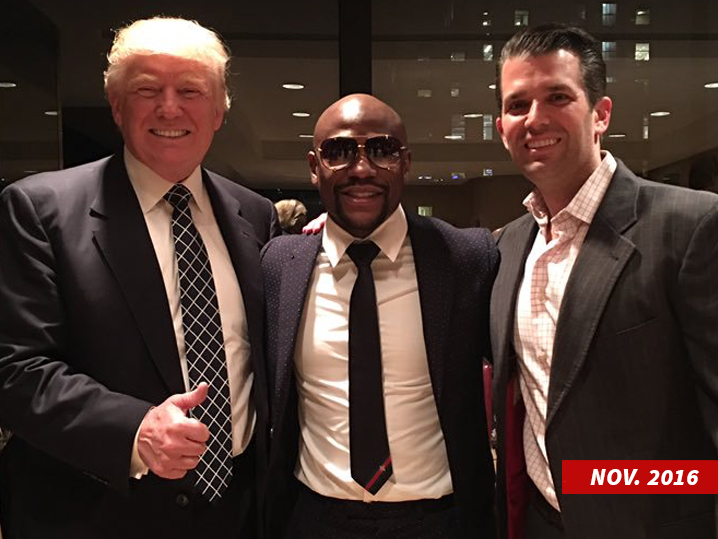 ← Obama Dog Sunny Has Bite, But NO History Of Aggression Ocean's Eight Brings in Katie Holmes and James Corden →