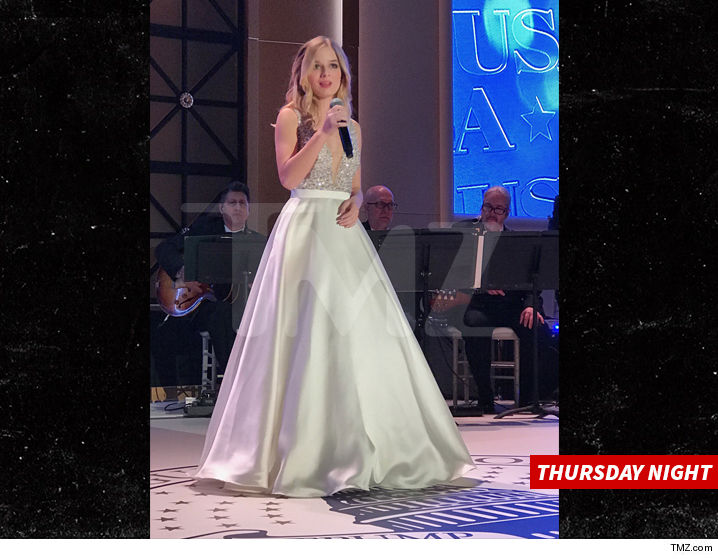 Jackie Evancho has the biggest performance of her life tomorrow, but she’s still got the pipes to sing for Donald Trump tonight.

Sources close to Jackie tell TMZ … she was asked by the Inaugural Committee to surprise the Prez-elect at the black tie candlelight dinner Thursday night at Union Station. We’re told they specifically wanted her to sing one of Trump’s fave songs — “Nessun Dorma.”

Here’s the crazy part — Jackie won’t take the stage ’til 9:30 PM, and she has to be up by 6 AM Friday to start getting ready to sing the National Anthem at the Inauguration.

We’re told her team is doing its best to keep her voice on lockdown tonight by making sure she doesn’t talk much, and also giving her lots of tea and honey. They have B12 shots standing by if needed.

TMZ broke the story … Jackie’s committed to singing live at the inauguration, so this is risky business … but ya can’t turn down the President, right?

← Did The Film “A Dog’s Purpose” Abuse Animals On Set? Damaging New Video! Guardians of the Galaxy 2 LEGO Set Has First Look at New Villain →