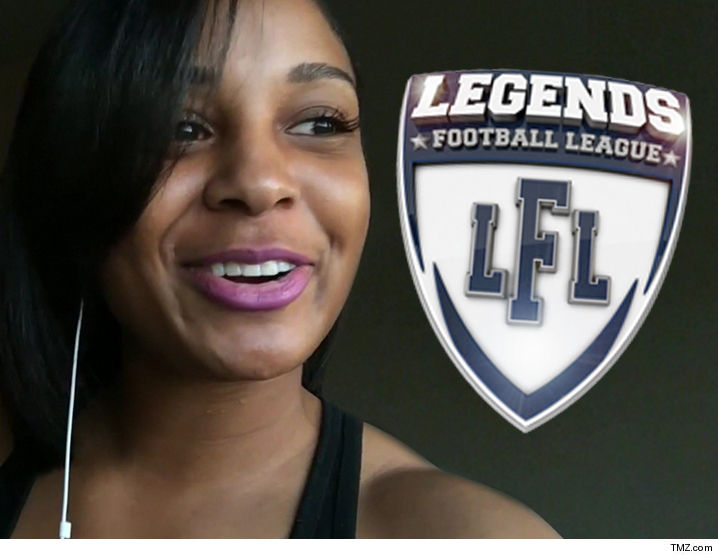 Jerry Rice‘s daughter, Jaqui Rice, is one step closer to playing pro football — she just got an invite to the L.A. Temptation mini-camp … after impressing coaches at last week’s tryout.

The 29-year-old has never played competitive football before — but looked good running routes and showed some solid hands (runs in the family) during her workout for the Legends Football League.

Rice say she’s “super stoked” about getting the invite to mini-camp … but knows there’s still work to be done.

We previously spoke with Jaqui about her foray into football — she says she got the right genetics.

← Why You Should Recognize Luck’s Role in Your Success or Failure Lena Dunham Is Doing That “Real Woman” Shit Again, Everyone →