Lady Gaga and Bradley Cooper shared a passionate and long kiss at a gas station … for a movie, of course.

Gaga’s making her big screen acting debut in the remake of “A Star is Born.” She’ll be playing alongside Cooper, who’s also making his directorial debut.

The duo shot a sexy scene Monday in the California desert, where they will also film scenes on the Coachella grounds during the week … which is super convenient for Lady Gaga, who headlines again this coming weekend. 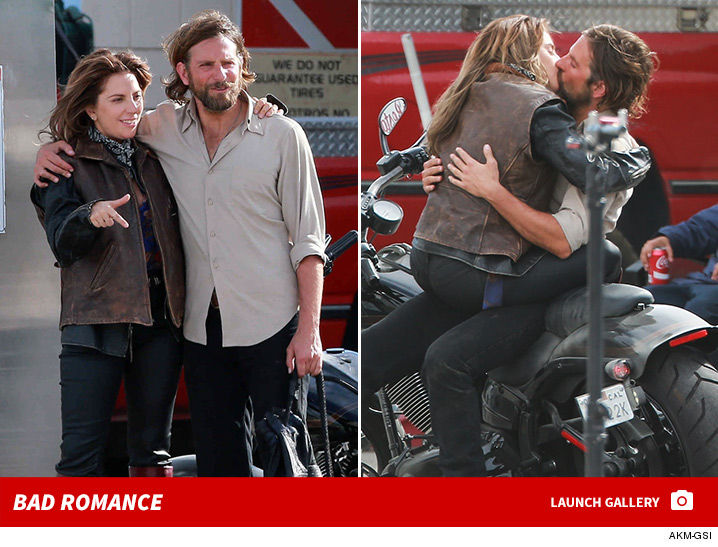 ← Fitness Model Says Body Fat Is At All-Time High And She Couldn’t Be Happier The First Woman To Enter The Boston Marathon Finishes The Race Again, 50 Years Later →