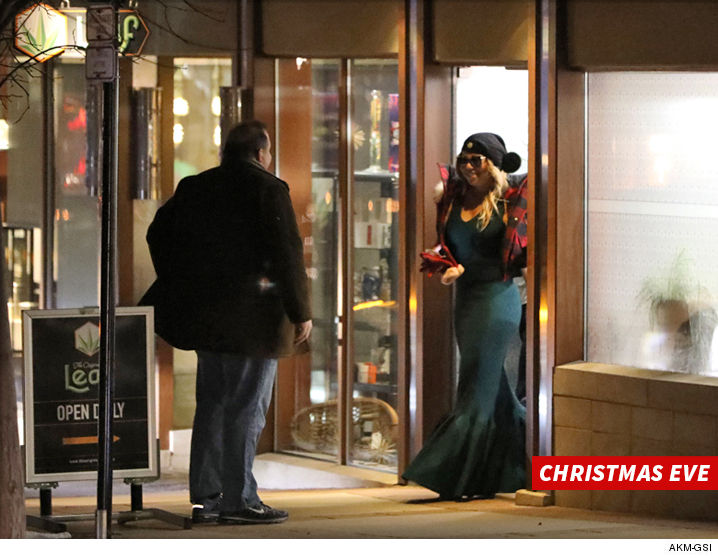 Mariah Carey was even higher than 7,900 feet above sea level during her Aspen vacay … assuming she indulged in any of the high grade marijuana she bought there.

Mimi stopped by a local pot shop called The Original Leaf at least a few times over the Christmas weekend … according to our Aspen sources. We’re told she went with a very popular strain called Amafu, which goes for $400 an ounce! Expensive anywhere other than Aspen.

According to OL’s site … it’s a sativa strain that’s “great for the great outdoors.”

As for how much MC bought — we’re told she never breached the legal limit … 1 oz. per transaction.

It’s possible she was just buying a Christmas gift for a friend, or this explains her initially chill response to the New Year’s Eve mess.

← 'Bachelor' Contestant Corinne Olympios' Parents Love Her 'Villain' Role (VIDEO) Ask A Hottie Vol. 6: How Do I Get Over My Girlfriend Sleeping With Other People? →