Mel B Sued By Nanny Lorraine Gilles for Defamation (DOCUMENTS)

Sued by Nanny for Defamation 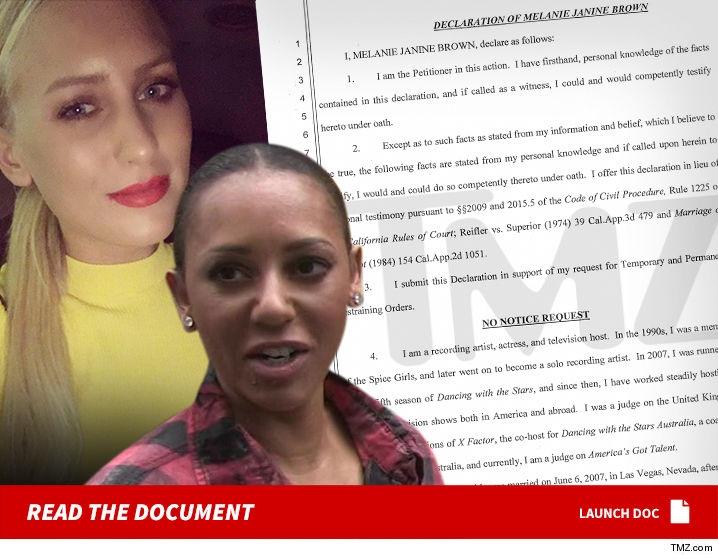 Mel B‘s former nanny is filing a lawsuit against the singer, claiming she told lies about her in the divorce case against Stephen Belafonte.

TMZ has learned the lawsuit centers on declarations Mel B filed in which she claims Belafonte and Lorraine Gilles told her they had an affair and that Lorraine was pregnant with his child. Mel B also claimed Gilles had an abortion.

Mel B goes on to accuse Gilles and Belafonte of pilfering money from her.

In another declaration, Mel B claims Lorraine has control over her sex tapes and might disseminate them. 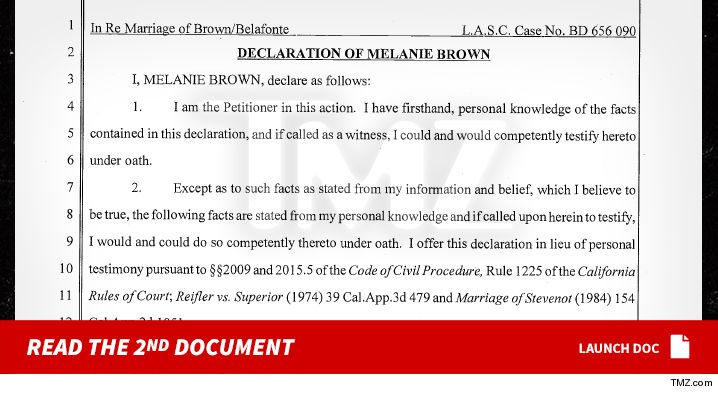 There are numerous exhibits and pictures in the lawsuit which Gilles believe will convince a jury Mel B’s allegations are a pack of lies.

It’s interesting … generally a person can’t be sued for what they say in court papers, but there’s an exception in California family law cases when someone makes a claim against 3rd parties who are not involved in the litigation. Lorraine Gilles is a 3rd party in the divorce case.