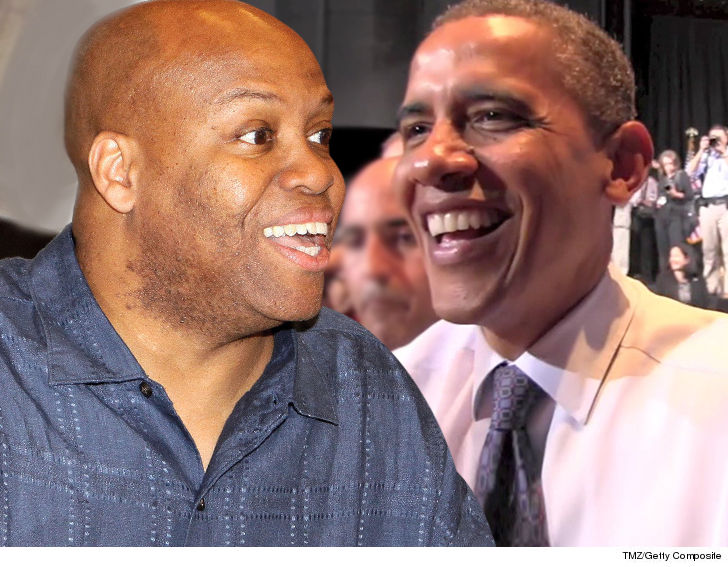 President Obama‘s brother-in-law has found a new gig in the Big Apple … in the front office of the New York Knicks.

We’re told Michelle Obama‘s brother, Craig Robinson, has been hired by N.Y. … and will fill a “player development role” with the team.

Robinson has a connection to current Knicks Prez Steve Mills — they played basketball together back in the early 80’s at Princeton University.

C.R. — who’s also coached at Oregon State University — has served in the Milwaukee Bucks’ front office as the V.P. of player and organizational development since 2016.

It’s the next step in the Knicks’ attempt to move past former team prez Phil Jackson … who was fired in June.

← Salt Lake Mayor Goes Undercover As A Homeless Man For 3 Days. This Is What He Learned Mia Khalifa Got #Rekt For Saying She’d ‘Rather Date A Vegan Than A Cowboys Fan’ →