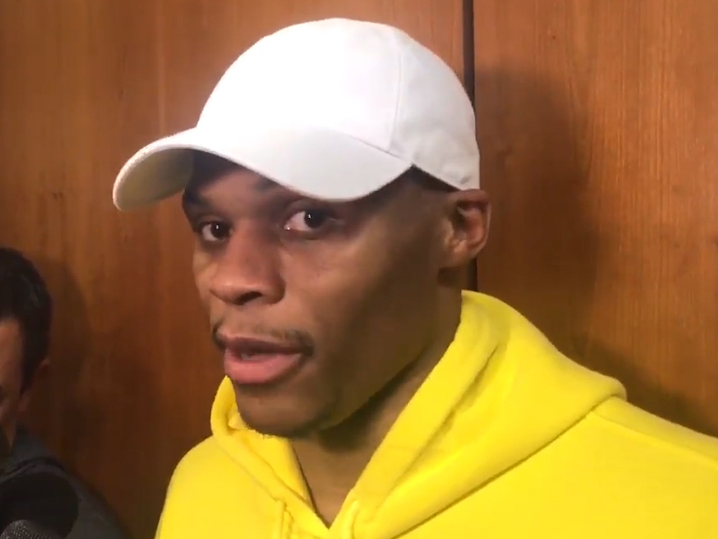 Russell Westbrook was PISSED at the Golden State Warriors after Wednesday night’s game — vowing revenge on Zaza and apparently telling teammates to stay away from “bitch ass” Kevin Durant.

The game wasn’t exactly the friendliest — with Zaza Pachulia knocking Westbrook to the ground at one point and standing over him in a menacing way.

After the game, Russell went off to reporters saying, “I’m gonna get his ass back. Straight up.”

Westbrook on the Pachulia incident: “I’m gonna get his ass back for that one.” pic.twitter.com/yJDYes2nXn

There’s more … now video has surfaced from the moments the game ended appearing to show Russell telling teammates to not talk to a certain “bitch ass.”

According to multiple reports, the “bitch ass” in question is KD, though it’s impossible to tell from the clip alone.

Interesting note … Westbrook says he and Durant are NOT on speaking terms.

Westbrook on if he and Durant are on speaking terms and their “exchange” in the third quarter: pic.twitter.com/6qNLIkxgND