Stephen Belafonte Says Mel B Made Sex Tapes a Public Issue, Not Him

Mel B Made Sex Tapes a Public Issue 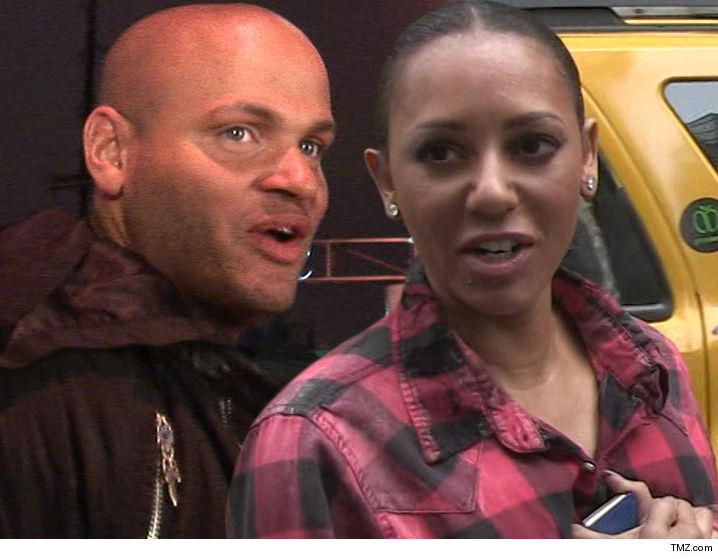 Stephen Belafonte says Mel B blindsided him with allegations of sex tape extortion and out-and-out stealing precious Spice Girls memories … this according to docs he just filed in their divorce war.

Stephen is strongly insinuating it is Mel B, not him, who is waging a smear campaign. Belafonte says in docs filed Friday, he was on the verge of settling the financial and custody issues, and even agreed to voluntarily stay away from Mel, but then she surprised him with a series of very public allegations in a surprise request for a restraining order, alleging domestic violence and extortion.

As for Mel’s claims that Stephen threatened to expose her sex tapes, his lawyers say, “[Mel B] herself put her sexual trysts and the like at issue by alleging that [Belafonte] allegedly videotaped and/or recorded such conduct and forced her to have sexual relations, etc.” He also says she’s the one who disclosed in her legal docs some of the tapes involved 3-ways.

Belafonte’s lawyers also grouse Mel was the primary breadwinner and forced him out of their family home with only one hour to gather his personal belongings, as Mel B watched “the entire charade in an SUV parked outside the residence.”

Belafonte’s lawyers say Mel B has completely cut him off financially.

← The Restaurant Meal Add-Ons With the Highest Markups "Alexa, please sleep with me."—People Want To Smash With Digital Assistants →