You Trashed My Art for a Drunk! 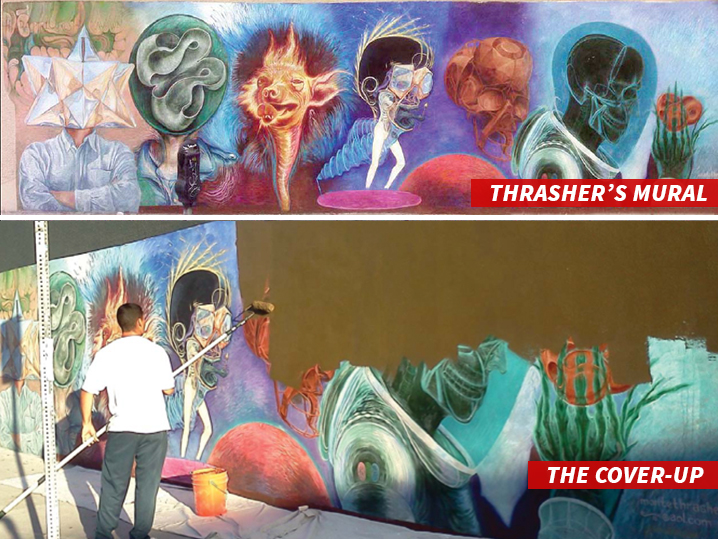 Six random heads are better than one of famed poet and alcoholic, Charles Bukowski … at least according to the L.A. street artist who’s suing business owners for destroying his mural.

Monte Thrasher says his “Six Heads” mural was an “iconic fixture” in L.A.’s Los Feliz neighborhood. It had been there since 1992, but according to docs … a local co-op decided 3 years ago to cover it up.

He says he never got a heads-up from the co-op, even though his email address was right there on on the mural they destroyed. Thrasher’s also peeved because it was replaced by an image of Bukowski. The co-op now has a bar named after the poet.

He believes his mural was protected by the California Art Preservation Act, and wants at least $250k for the “mutilation” of his piece. 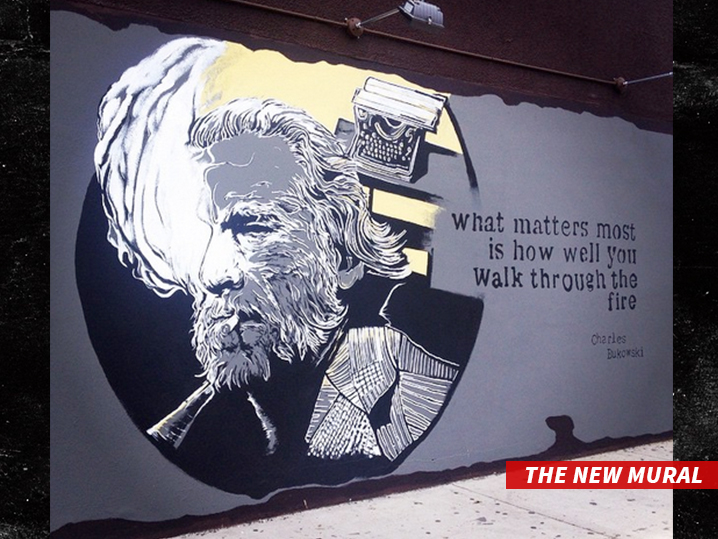 ← NFL's Mohamed Sanu 'Blown Away' By Letter From Family on Plane (VIDEO + PHOTO) Spaying/Neutering Is Up, Animal Populations In Shelters Are Down Across The U.S. →