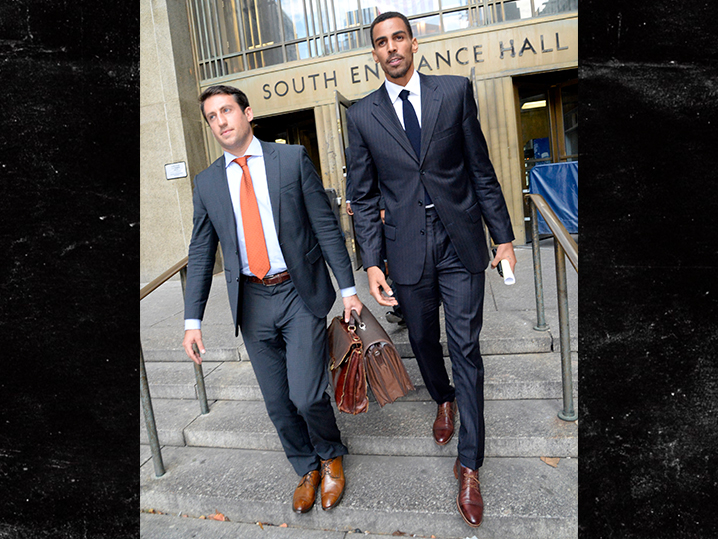 Atlanta Hawks player Thabo Sefolosha has struck a settlement with the 5 NYPD officers involved in his violent 2015 arrest outside of an NYC nightclub … TMZ Sports has learned.

Sefolosha suffered a broken fibula and ligament damage when he and then-teammate Pero Antic were taken into custody outside 1 OAK on April 8 … after another NBA player had been stabbed in a separate incident.

Sefolosha was initially charged with obstructing justice, disorderly conduct and resisting arrest — but he took the case to trial and was eventually exonerated.

He also claims the incident was a “racial matter” — and according to ESPN, he specifically referenced his African descent and the hoodie he was wearing that night.

← Ask A Hottie: My Crush Told Me We Can’t Be Friends And I Blame Her Boyfriend Paramount Admits Whitewash Controversy Hurt Ghost in the Shell →