‘I Kneeled to Support My African American Teammates’ 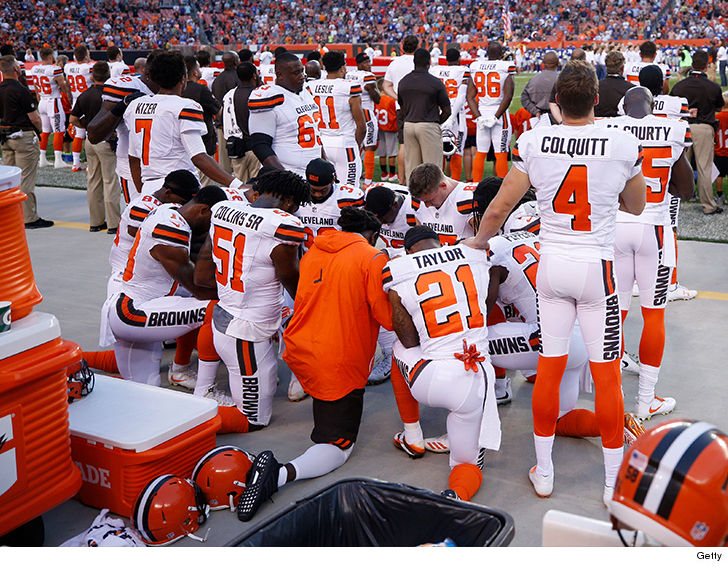 But DeValve made the biggest splash … just days after Michael Bennett said a white player kneeling would make the protest more effective.

DeValve — who’s married to a black woman — heard Bennett loud and clear and heeded the call.

After the game, the Browns protesters explained their demonstration — saying they wanted to come together as men to combat all the hate and injustice in the world.